Michele Bachmann Just Called Donald Trump the Most 'Godly, Biblical President' of Her Lifetime and the Internet is Crucifying Her 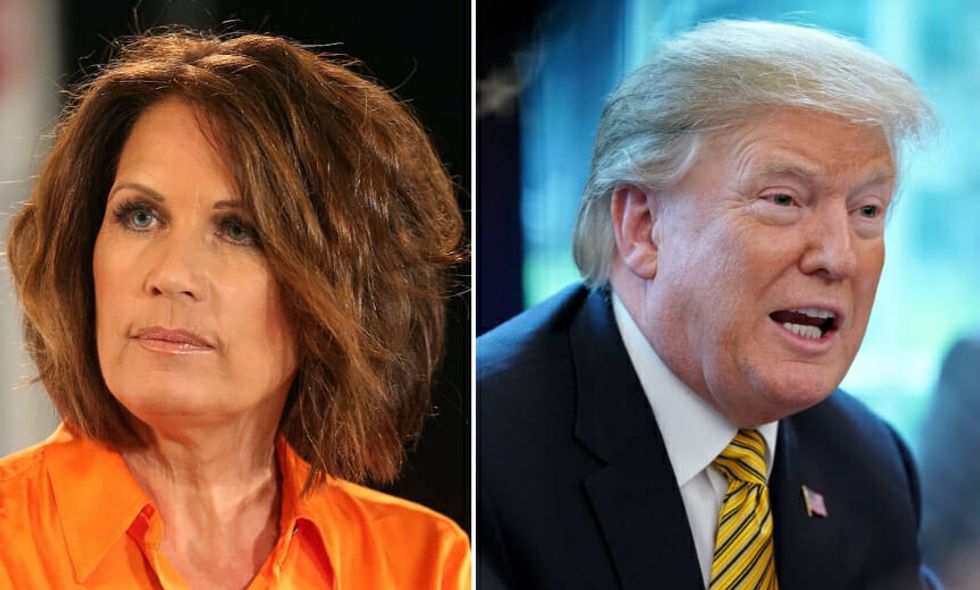 Her Christian counseling center offered gay conversion therapy, she fought for a constitutional ban on same sex marriage, and she often cites her faith as a touchstone informing her views.

So, many were surprised when, in a radio interview, the Evangelical Republican called President Donald Trump the godliest President of her lifetime.

Many consider the President a pathological liar, serial adulterer, and proud narcissist. He's bragged about committing sexual assault, vowed to bar asylum seekers from entering the country, and admitted that he doesn't ask forgiveness.

Perhaps Bachmann was exercising a Christian virtue of mercy when praising Trump, but if so, the quality of her mercy is strained, considering the legions of people like President Barack Obama, LGBT people, and others for not being Christian enough.

Many grilled the failed Presidential candidate for praise they felt was undue.

Some even speculated on Bachmann's mental health.

People were also unanimous as to which President best exemplified Christianity.

On the bright side, if Donald Trump is the most biblical President of our lifetime, at least we'll have no trouble infiltrating the pearly gates.