Lindsey Graham Just Went on Sean Hannity to Praise Donald Trump's Oval Office Speech, and He Can't Really Believe This, Can He? 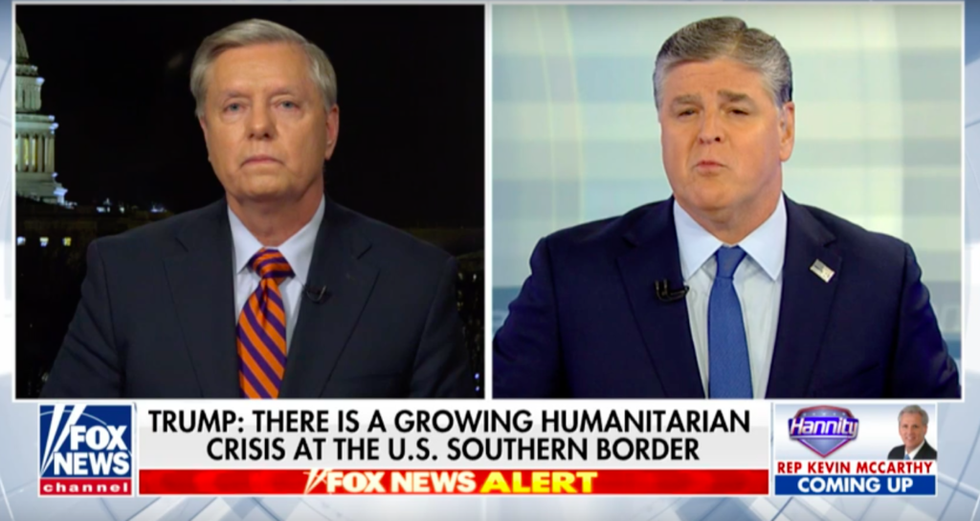 Senator Lindsey Graham (R-SC) took to far-Right Sean Hannity's show on Fox News last night to praise President Donald Trump's first Oval Office address, in which Trump attempted to make his case for shutting down the government over the demand of $5.7 billion of wall to erect at the southern border.

Trump read cherrypicked facts from a teleprompter while sitting still, so naturally Senator Graham said it was the most presidential the man has ever looked.

“This is the most presidential I have seen President Trump. It was compelling and everything he said was true.”

People were flummoxed that the Senator—formerly a vocal critic of the President—was so eager to heap praises upon him.

Some believe that the praises are tactical rather than heartfelt.

Even more found the idea that commending Trump for being presidential was laughable.

And as for everything he said being true?

Americans thought that was rich.

While painting asylum seekers as terrorists an insisting there's a crisis at the southern border aren't new lies for the President, they're lies nonetheless.

Graham has repeatedly tarnished his reputation to defend a President he used to despise. America keeps wondering: What's in it for Graham?