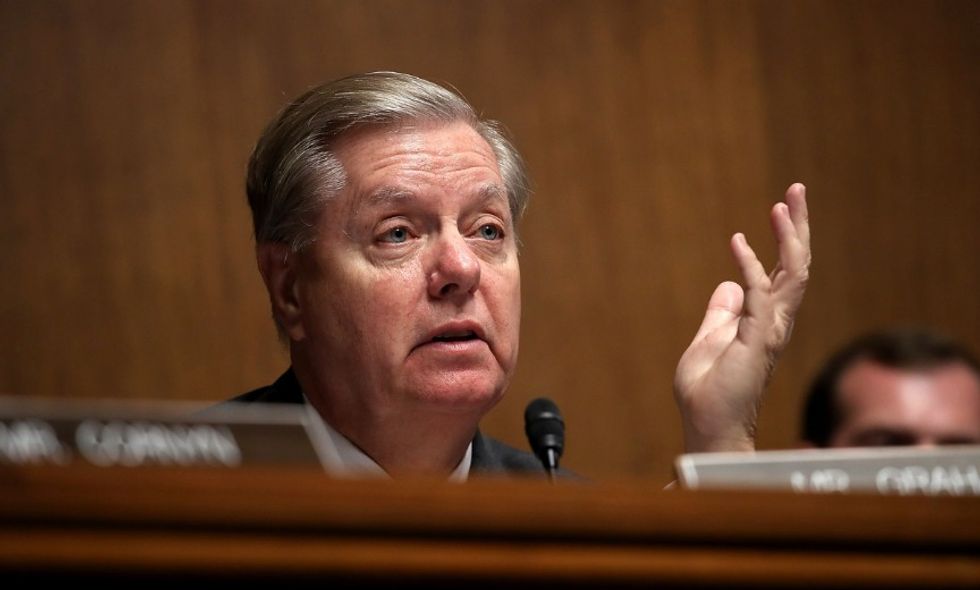 Senator Lindsey Graham (R-SC) confused Twitter users yesterday when he tweeted about a border wall to defend against "radical Islam."

While President Donald Trump—with whom Graham often allies himself—works to rally support for a border wall and also leans heavily on tropes to stoke fears of Islamist terror, the two are unrelated.

Graham decided to follow Trump's lead but conflated the two.

Trump claims the border wall is necessary to keep immigrants from South and Central America and Mexico from increasing the crime rate in the United States (these fears are unfounded). Meanwhile, one of the biggest catalysts of Islamist terror—ISIS—has greatly diminished. Trump has even said it's destroyed (it's not).

@LindseyGrahamSC When you drop your notecards just before a speech and don’t have time to sort them...
— Kevin Decker (@Kevin Decker) 1545968400.0

@LindseyGrahamSC Where do you propose deploying to thwart this threat from “radical Islam” that the Wall is suppose… https://t.co/T3Xmx0bmit
— Chris (@Chris) 1545947003.0

While it's unclear why Graham associated the wall at the Southern border with Islamist terror, it didn't stop users from voicing their opinions on a crucial foreign policy decision recently made by Trump, which Graham decried.

When Trump made the decision to begin withdrawing American troops from Syria, Graham was vocal in his belief that it was a bad move.

Others voiced similar opinions in response to his tweet.

@LindseyGrahamSC Someone better tell your pal, trump that removing the troops eliminates this first line of defense
— Rowanchats (@Rowanchats) 1545952447.0

Others criticized the idea of a wall at the Southern border.

@LindseyGrahamSC I think it’s funny that a country based on “occupying“ land of other people… My ancestors included… https://t.co/iXa9uhXl4C
— Laurel (@Laurel) 1545963397.0

Senator Graham appeared to be criticizing Trump's insistence on a border wall as first priority, but shortly after this tweet, he was back in line with the President.