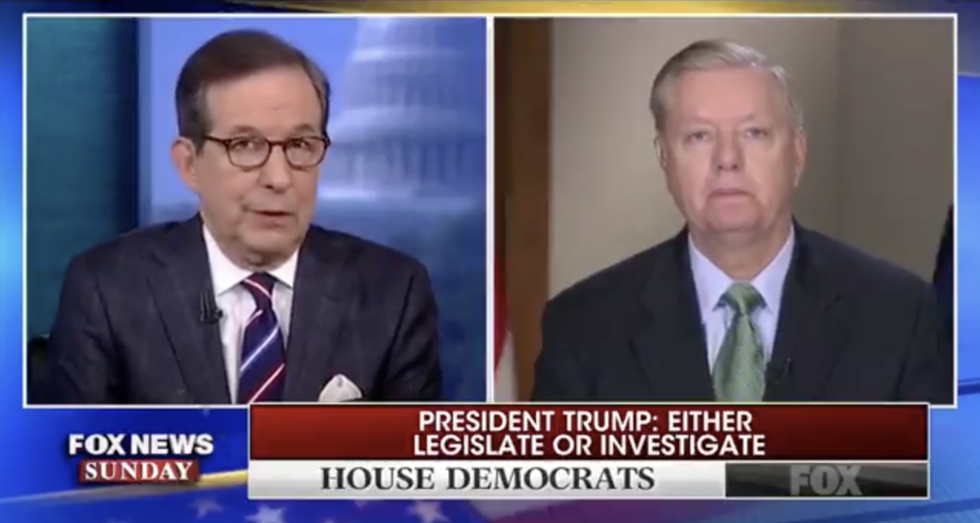 As calls to commence impeachment proceedings against President Donald Trump grow louder, congressional Republicans like Senator Lindsey Graham (R-SC) insist that the impeachment would be "political suicide" for Democrats.

However, with the Trump administration urging staff and allies not to comply with congressional subpoenas, Democrats are feeling the pressure to impeach more than ever.

Fox News host Chris Wallace interviewed Graham on Sunday and asked him to elaborate on this. That's when Wallace played a 1998 video of Graham advocating for Clinton's impeachment on the grounds of, you guessed it: not complying with congressional subpoenas.

"You call all of what’s going on in Washington a political circus, but you took a different view back when you were leading the impeachment effort against Clinton back in the late '90s," Wallace said to Graham. "At that time, you said that any president, and you talked specifically about Clinton and Richard Nixon, who defied Congress when it came to subpoenas was in danger of impeachment."

Graham says in the video:

“You’re becoming the judge and jury. It is not your job to tell us what we need. It is your job to comply with the things we need to provide oversight over you."

In the present, Graham insisted that his new position was still legitimate, because—as he claims—the president was completely compliant with Special Counsel Robert Mueller's investigation into Russian election interference. This is despite a wealth of evidence detailed in the report that the president actively sought to hinder the investigation to a point that could be considered obstruction of justice.

The internet didn't let Lindsey get away with it.