Levi's Announced It's Taking a Stand Against Gun Violence, and the NRA Just Responded

When will the boycott begin? 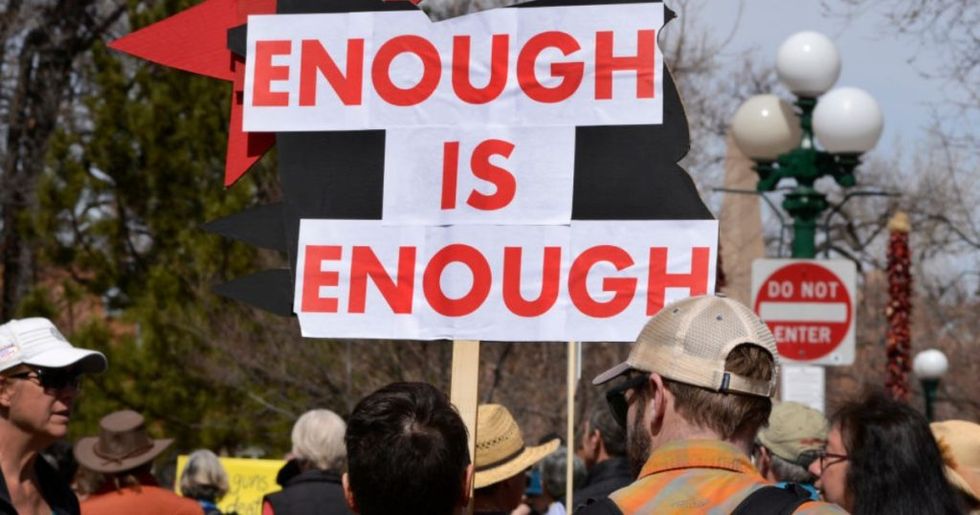 The first: Levi Strauss will donate more than $1 million over the next four years to groups and youth activists working to end gun violence, establishing the Safer Tomorrow Fund.

The second: Levi Strauss has partnered with gun control group Everytown for Gun Safety and other executives to form Everytown Business Leaders for Gun Safety, which CEO and President Chip Bergh says “believe, as we do, that business has a critical role to play in and a moral obligation to do something about the gun violence epidemic in this country.”

The third: Levi Strauss will double all donations made by their employees to the Safer Tomorrow Fund.

The move soon prompted a response from the NRA, which claimed Levis Strauss "singled out pro-2A [Second Amendment] customers." The organization added that Everytown for Gun Safety wants to "destroy" the Second Amendment.

Levi's announcement quickly garnered condemnation from many people who agreed with the NRA's stance. Some even said they'd "burn" their blue jeans, mirroring actions taken by incensed consumers who yesterday burned Nike sneakers to protest that company's decision to name NFL player Colin Kaepernick, whose decision not to stand for the "Star Spangled Banner" launched a national debate on police brutality and the inequities suffered by people of color, as the face of its "Just Do It" advertising campaign.

I guess I bought my last pair of Levi Strauss Jeans. I can burn them along side of my Nike sneakers. #NRA https://t.co/zAeYuK5hLW
— Florida Skeptic (@Florida Skeptic) 1536150221.0

In an article for Fortune, Bergh wrote that Levi's “simply cannot stand by silently when it comes to issues that threaten the very fabric of the communities where we live and work. While taking a stand can be unpopular with some, doing nothing is no longer an option."

“You may wonder why a company that doesn’t manufacture or sell guns is wading into this issue, but for us, it’s simple,” Bergh wrote. “Americans shouldn’t have to live in fear of gun violence. It’s an issue that affects all of us — all generations and all walks of life."

Bergh added that, as Levi's CEO, he considers it his responsibility to speak up on issues of national importance because he leads a “values-driven company that’s known the world over as a pioneer of the American West and one of the great symbols of American freedom.”

Contrary to what the NRA has claimed, Bergh says he's not advocating for a full repeal of the Second Amendment.

"We can’t insulate ourselves from every threat," Bergh wrote. "We can’t 'harden' every place we gather — whether it be our schools, workplaces, shops, churches, or entertainment venues. But we can take common-sense, measurable steps — like criminal background checks on all gun sales — that will save lives."

Bergh recalled that he received death threats in 2016 after he wrote an open letter asking gun owners not to bring firearms into Levi's stores:

This was following an incident in one of our stores in which a customer accidentally shot and injured himself while trying on a pair of jeans. While that was bad, it could have been worse: The bullet could have killed him, another customer, or one of our employees.

In the days after I published that letter, I received threats to our stores, our business, and even on my life. It was unsettling. But these personal attacks pale in comparison to the threats that activists and survivors from Parkland, Sandy Hook, and daily incidents of gun violence face every time they speak up on this issue.