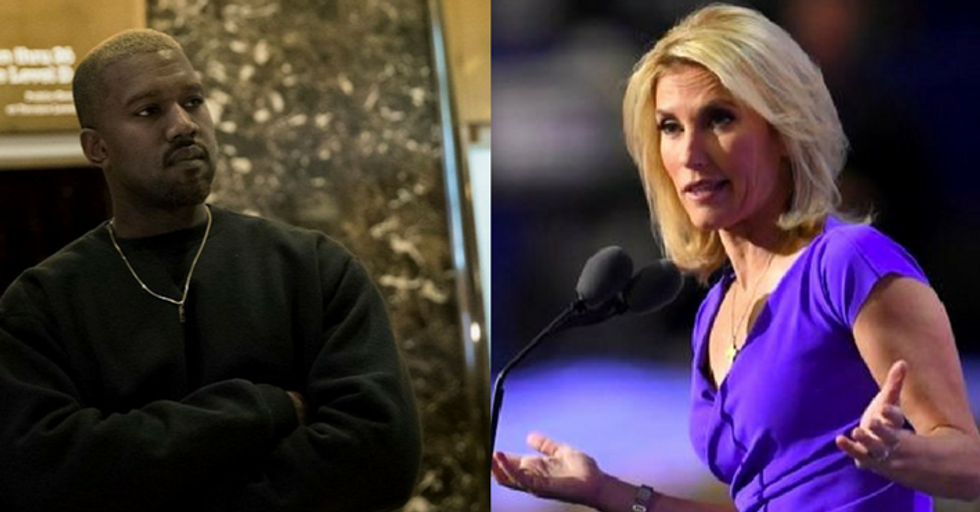 On Monday, Kanye West stopped by the TMZ studios for a chat and ended up on the topic of slavery.

Imagine another human being ordering you about, telling you what to do.. Kanye West woke.

"You were there for 400 years and it's all of y'all. It's like we're mentally imprisoned."

The rapper's comments have understandably sparked a firestorm of criticism online. Except on Fox News, that is, where Laura Ingraham digged deep to defend West, explaining exactly what it was that he meant:

"I think I know what he was saying, I think he was saying people get imprisoned in the past and they use that to define themselves."

Her guest, Kevin Jackson, concurred, continuing where Ingraham left off:

"What I care about is that today we have young blacks who are taught that slavery is such a bad thing, it's -- for things that they haven't been through...the issue is we've got to get out of this mentality that everything in America is anti-black, relating back to something that's 150 years old. It's ridiculous."

@kanyewest Nah people are just acknowledging that you’re unstable and should not be presenting ideas to the impress… https://t.co/M8ki3sYlwf
— JJ Woods (@JJ Woods) 1525265511.0

@IngrahamAngle Interesting that you're not asking Kanye to shut up and stick to music. You're cool with folks stepp… https://t.co/g0mKWo5v4i
— gautam jayanthi (@gautam jayanthi) 1524623421.0