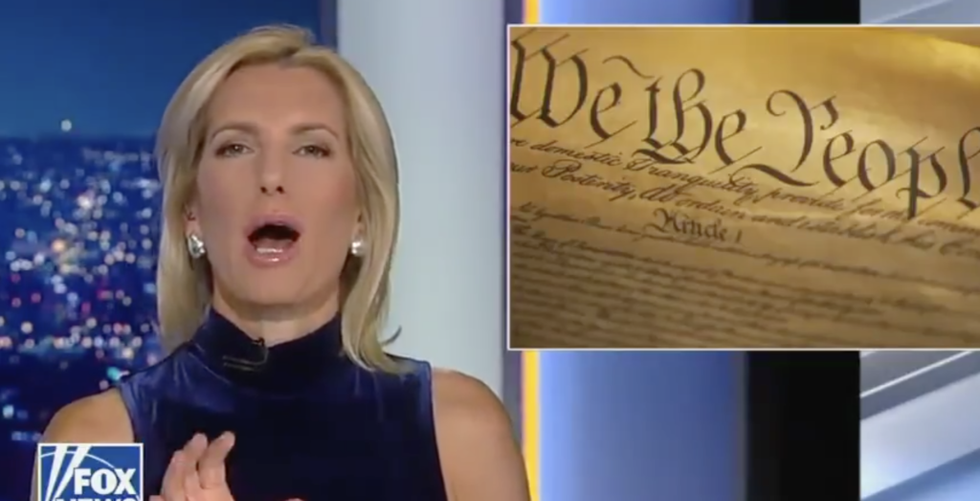 The defenses are getting more and more ridiculous.

In a recent segment, Ingraham pointed out that, while bribery is forbidden in the Constitution, attempted bribery isn't mentioned. Since Ukraine got the aid without publicly declaring the investigation, Ingraham asserts, all's well that ends well.

“The president may be impeached for bribery, treason, or high crimes and misdemeanors. But even assuming the Democrats strained and ridiculous interpretation of the facts … attempted bribery isn't in the Constitution."

In reality, the aid was granted only after Congress began to scrutinize the reasons it was being withheld.

People were flabbergasted by the latest Republican defense of the President's actions.

If the President tried to deliver to North Korea the US’ entire nuclear arsenal plus a map of sensitive targets but… https://t.co/Q33CCAvxom
— Seth Masket (@Seth Masket) 1573790539.0

The public impeachment hearings continue today with the testimony of Marie Yovanovitch, the former Ambassador to Ukraine.