The Las Vegas Shooter May Have Obtained His Firearms Legally

Nevada has some of the weakest gun laws in the country. 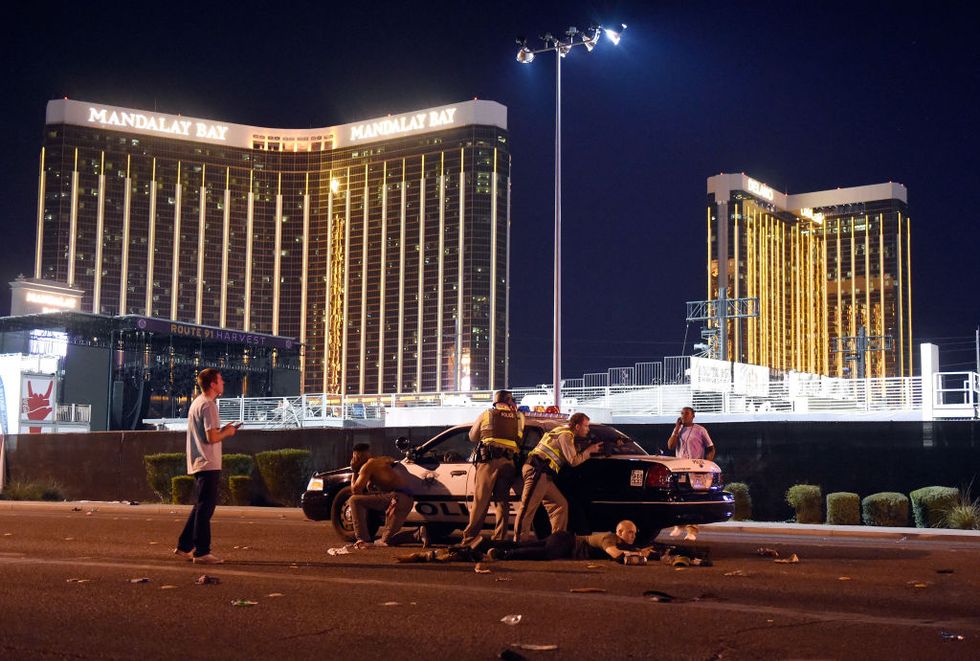 LAS VEGAS, NV - OCTOBER 01: Las Vegas police stand guard along the streets outside the Route 91 Harvest Country music festival groundss of the Route 91 Harvest on October 1, 2017 in Las Vegas, Nevada. There are reports of an active shooter around the Mandalay Bay Resort and Casino. (Photo by David Becker/Getty Images)

Late Sunday night, at least 58 people were reportedly killed and another 489 injured in Las Vegas, Nevada in what is being called the deadliest mass shooting in modern American history. Police found the suspect dead on the 32nd floor of the Mandalay Bay Resort overlooking the concert green from an apparent self-inflicted gunshot. Officials reported a number of rifles found in the suspected shooter's hotel room.

“We are still going through the search warrant … but [he had] in excess of 10 rifles,” Joseph Lombardo, the sheriff of the Las Vegas Metropolitan Police Department, told reporters at a Monday morning press conference.

Update: Monday night authorities revealed 23 firearms were recovered from the suspects hotel room and an additional 19 were found at his home.

While officials have not yet confirmed which weapon or weapons were used in the shooting, they believe they were purchased legally. Nevada has some of the most-relaxed gun laws in the country, a fact likely to come under intense scrutiny in coming days. Nevada law does not require firearm owners to have licenses, register weapons, or limit the number of guns an individual possesses.

Nevada does not prohibit the transfer or possession of assault weapons or 50 caliber rifles, nor does it limit the capacity of ammunition magazines. And while local law enforcement issues concealed handgun licenses, open carry is legal without a permit.