Michael Cohen's Lawyer Just Explained How Donald Trump Jr. Could Be Indicted for the Same Violation His Father Committed 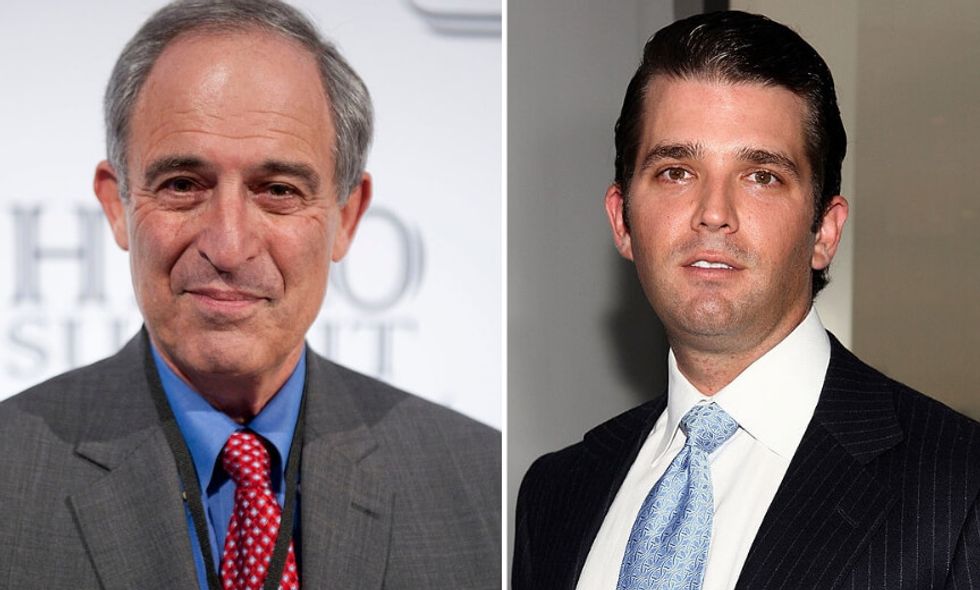 Both women claim to have had affairs with Trump in the 2000s. Trump, named as co-conspirator "Individual-1" in Cohen's case, has denied any wrongdoing.

Months later, in February, Cohen would reveal during his testimony before the House Oversight Committee that Trump and his eldest son Donald Trump Jr. had signed checks used to reimburse him for shelling out the payments to the two women - $130,000 and $150,000 respectively.

“I am providing a copy of a $35,000 check that President Trump personally signed from his personal bank account on August 1st of 2017, when he was president of the United States, pursuant to the coverup which was the basis of my guilty plea to reimburse me,” Cohen said, adding that “This $35,000 check was one of 11 check installments that was paid throughout the year while he was president. Other checks to reimburse me for the hush-money payments were signed by Donald Trump Jr. and Allen Weisselberg.”

Cohen will begin serving a three-year prison term in May for campaign finance violations, bank fraud, tax evasion, and lying to Congress as part of his plea deal.

On Monday, Cohen's attorney Lanny Davis said that there is enough evidence to indict Junior for the same campaign finance crimes to which Cohen pleaded guilty and was later sentenced. Davis cited the check(s) bearing Junior's signature as evidence of guilt.

"I do suggest, respectfully, that Donald Jr., based upon signing a hush money check for his father — out of a trust fund, by the way, that was set up to prevent any money being spent that would help Donald Trump while he was president — out of that trust fund is where the Donald Jr. check was written, that is a crime."

For Davis, there is no legal grey area.

"He should be, in my opinion, respectfully, indicted, based upon just the signing of that check."

Davis is in good company. There are a lot of people that want to see Junior indicted.

Davis continued, explaining that he believes the evidence against Junior is irrefutable.

"There's no allegation or credibility issue here. Federal prosecutors found that Donald Trump directed and coordinated an illegal hush money scheme and the payment of $35,000 a month," Davis said. "The payment of $35,000 a month was a payoff for what was a fictitious legal services retainer agreement, which the federal government prosecutors said never existed. So this is not a matter in dispute."

Because of Justice Department policy, Trump is unlikely to be indicted by federal prosecutors. Junior, however, is afforded no such legal clout.

"That check signed by our president is a fact that cannot be denied as a felony committed by the president of the United States, which, thanks to Michael Cohen and his testimony, is now before federal prosecutors," Davis explained. "They can't indict a president, but they can indict Don Jr. because the second check was signed by Don Jr., the same $35,000 a month installment payment for the hush money."

The Southern District of New York - with whom Cohen struck his plea agreement - is continuing to investigate Trump, his family, and his businesses.

Davis also said that Cohen's sentence was too harsh.

"The most important issue for me is why Mr. Cohen is serving this length of time for what, is compared to others who have not paid income taxes, a minor sum of $275,000 a year, whereas Floyd Mayweather didn't pay $18 million a year, and got a civil penalty," he said.

"So the disproportionality of this sentence, I would respectfully suggest should be reconsidered, and he should be given credit for the criminal evidence that he put before the American people, using documents such as this check, as credit for this sentence."