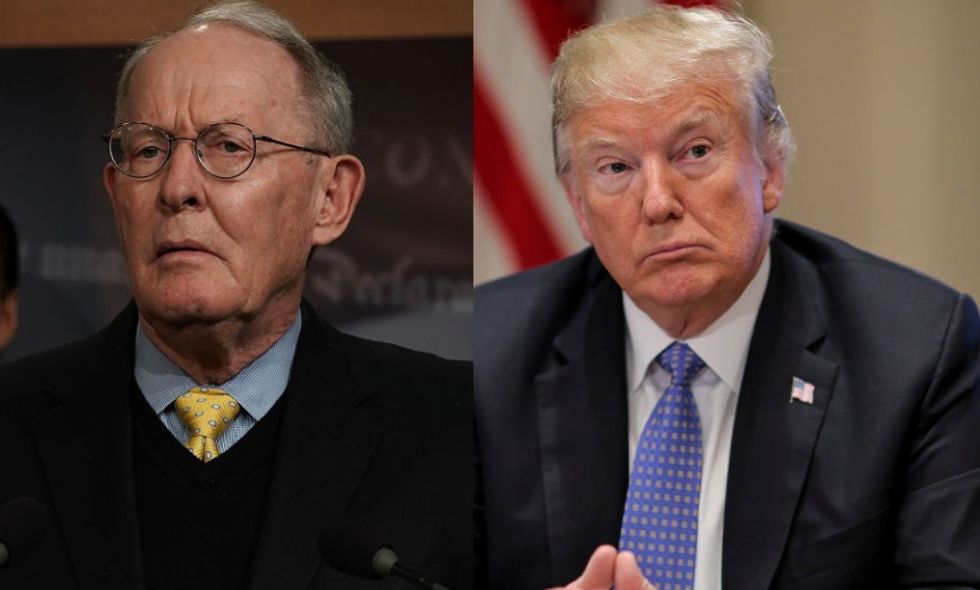 After President Donald Trump shut down the government for over a month and still failed to secure funding for a wall at the southern border, his next move was to declare a national emergency to force his requested $5.7 billion to build the wall.

The decision has been met with backlash by Democrats and even some Republicans.

In fact, there just may be enough Republicans to block the declaration in the GOP-dominated Senate after the House of Representatives passed a resolution to overturn it. Three Republican Senators (Susan Collins of Maine, Lisa Murkowski of Alaska, and Thom Tillis of North Carolina) have stated they intend to side with Democrats and block Trump's declaration. Only one more is needed for it to be successfully overturned.

Pro-Trump Senator Lamar Alexander (R-TN) took to the floor on Thursday to ask that Trump withdraw the declaration himself, warning that it may divide the GOP and set a dangerous precedent that would allow future Democratic presidents to declare national emergencies and force funding for their own agendas. He additionally listed other sources of funding approved by Congress that the President could use to fund the wall.

Alexander implored the President to reconsider:

"Mr. President, it may be a couple of weeks before the Senate votes on a resolution regarding the national emergency declaration, so we don't know yet exactly what we'll be voting on. There is time for the President's lawyers to take another look and determine whether we can both build the 234 miles of border wall that the president has requested and avoid this dangerous precedent. Then the Senate could both support the President's border request and be faithful to our oath to support a constitution that creates separation of powers as a crucial check on the executive power that goes to the very heart of our freedom."

“He’s got sufficient funding without a national emergency, he can build a wall and avoid a dangerous precedent.”

Senator Alexander has yet to confirm whether or not he'll be the deciding vote when a resolution comes to the floor.

His skepticism, however, has given some a reason to hope that funds for actual emergencies won't be diverted to build an ineffective wall and spur years of litigation.

Some aren't as optimistic.

Many have given up on Republicans taking action, even after they express disapproval.

Senator Lamar is retiring at the end of his term. Unburdened by a looming reelection campaign, it's just possible that he'll stand by his words with a deciding vote.