The Trump Administration Hired a Russian Security Firm With Questionable Ties, and We're Not Surprised 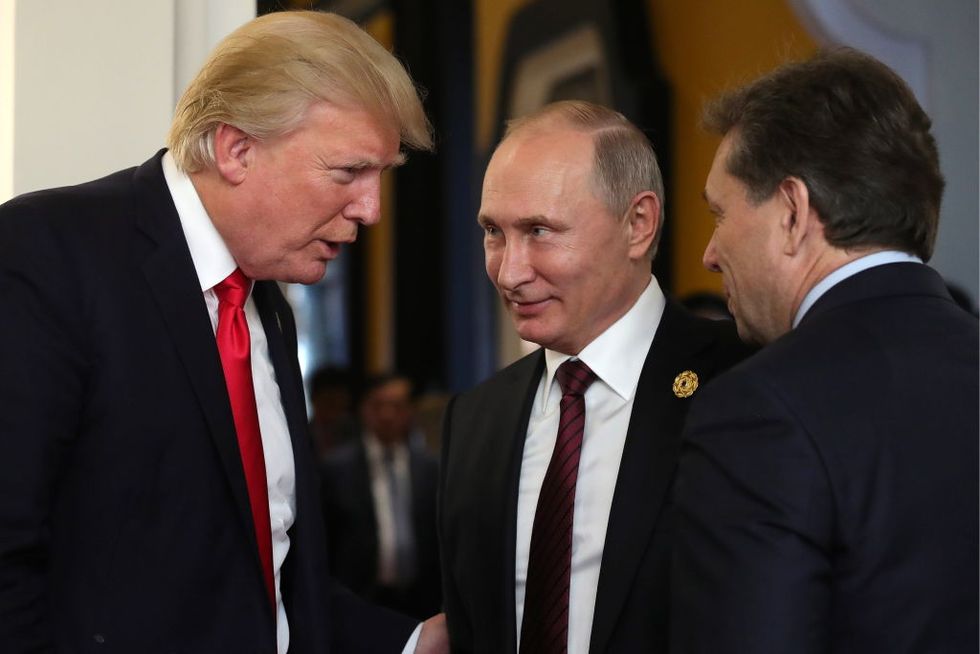 U.S. citizens working at the four U.S. embassies in Russia can rest easy: Although Putin ejected their American security team, they now have a new one. Or maybe not so easy: The new Russian security firm has KGB connections.

The Trump administration has awarded a no-bid contract to Moscow’s Elite Security Holding Company to replace security personnel that were fired in September 2017, when President Vladimir Putin ordered the expulsion of hundreds of US diplomatic and security personnel in retaliation for sanctions. This favor from Trump to Putin suggests all is forgiven.

The firm was founded by Viktor Budanov, a counter-espionage agent who worked for the KGB from 1966 through 1992, including a late-1980s stint in East Germany under the supervision of former KGB officer Vladimir Putin. Budanov’s son now heads the firm. The agreement was announced in the Russian newspaper, Kommersant, although the US State department and Trump administration have been less eager to broadcast the deal. The firm will be paid $2.8 million for its efforts to protect the US Embassy.

Memos indicate that the State Department says no other security firm would meet the unique licensing requirements of the job: “The Department of State’s essential need for security services is of such an unusual and compelling urgency that the Mission is significantly impacted unless the agency is permitted to limit the number of sources from which it solicits proposals. Elite Security Holding Co. is currently licensed in Russia as a private security firm and is performing security services in all four locations where State Department requires services.”

The KGB served as Russia’s main security agency until the breakup of the Soviet Union in 1991. This military organization oversaw foreign intelligence, counterintelligence and spy operations, and governmental services including government communications. It was known for its harsh efforts to punish nationalism, dissent, anti-Communist sentiment and anti-Soviet activities. The organization is especially known for murdering those who dissented with the Soviet regime.

Despite ongoing investigations into the Trump campaign’s ties to Russia, President Trump has been reluctant to distance himself from Putin and has made several moves that directly benefit the Russian leader’s agenda. Following Trump’s decision to reverse Obama-era efforts to thaw economic and diplomatic relations between the US and Cuba, Russia has taken on a greater supporting role in Cuba, supplying the strategically located Caribbean country with oil and pledging $1.5 million in hurricane relief. Russian automakers are now supplying the Communist island with new vehicles, and Russian senators Franz Klintsevich and Viktor Bondarev have suggested that Russia reopen Cold War-era military bases in Cuba, "within spitting distance from the United States."

“As closer economic relations with the U.S. do not seem likely for at least the next few years, [Cuba is] looking for alternative allies, especially from countries with strong states like Russia and China that can offer favorable payment terms, something very welcome in an economy with poor international credit standards,” said Richard Feinberg, an expert at Brookings Institution and a former US policymaker for Latin America.

Even though Presidents Putin and Trump maintain a show of conviviality, Putin’s activities suggest his interests in the U.S. are less than benign, as even members of Trump’s own party have warned him.

Sen. John McCain criticized Trump for siding with Russia instead of US intelligence officials. “There's nothing 'America First' about taking the word of a KGB colonel over that of the American intelligence community,” said McCain. “There's no 'principled realism' in cooperating with Russia to prop up the murderous Assad regime, which remains the greatest obstacle to a political solution that would bring an end to the bloodshed in Syria. Vladimir Putin does not have America's interests at heart. To believe otherwise is not only naive but also places our national security at risk."

In a string of bizarre incidents beginning in fall of 2016 and continuing into August of 2017, US embassy workers stationed in Cuba were subject to a series of attacks by a sonic weapon, both in their homes and in the embassy offices, that produced extremely high-pitched electronic noises. These noises reportedly caused a mild traumatic brain injury and damage to the central nervous system of the people exposed to the sound. A similar incident targeting US personnel at the Uzbekistan US embassy in November is suspected to be the work of Russia. In other words, US citizens working in the Russian embassy might do well to invest in some noise-canceling headphones.