Kareem Abdul-Jabbar Just Savaged the NFL Over Their National Anthem Policy In a New Open Letter, and People Are Cheering 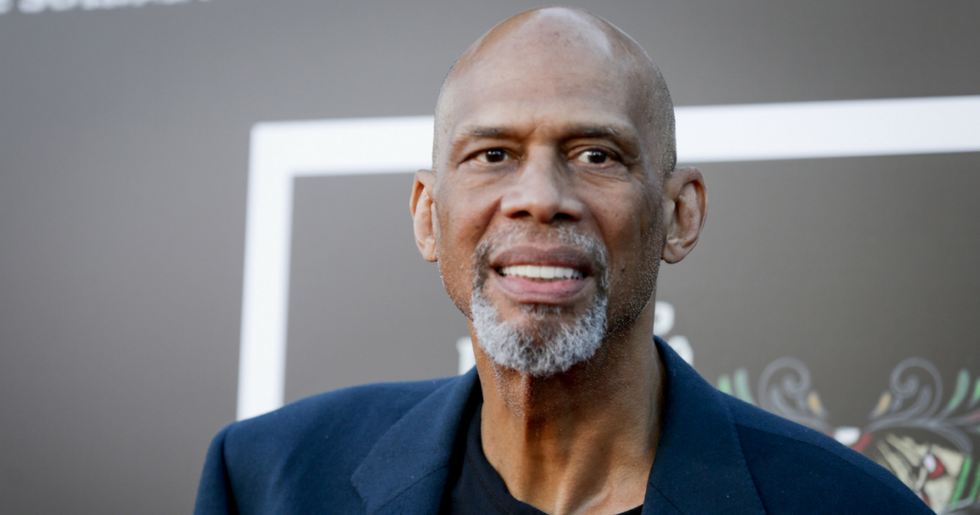 Former basketball superstar Kareem Abdul-Jabbar penned a blistering Op-Ed in The Guardian on Tuesday in which the NBA's all-time leading scorer excoriated the NFL's decision to penalize football players who refuse to stand for the national anthem.

Abdul-Jabbar opens by saying the NFL, which has been rife with scandals ranging from domestic abuse to an epidemic of concussions, has "made it worse" by implementing a "childish policy about how grown men must respond to the national anthem."

Abdul-Jabbar is referring to a policy enacted in May that requires players to either stand for the national anthem on the field or remain in the locker room should they feel the desire to 'take a knee' or otherwise protest the song.

The NFL issued its mandate partly due to pressure coming from President Donald Trump, who has on numerous occasions called for players who kneel to be banned from the league altogether.

"You stood at the precipice of history tasked with deciding whether to choose the principles of the US Constitution over profits of commerce, patriotism over pandering, morality over mob mentality, promoting social justice over pushing beers," Abdul-Jabbar wrote.

Kareem Abdul-Jabbar hammers NFL owners forcing players to stand during anthem: "Opposite of patriotism"… https://t.co/1uKdadIuFG
— The Hill (@The Hill) 1533068705.0

"Courage, it seems, is expected only of players."

Abdul-Jabbar then alluded to Dallas Cowboys owner Jerry Jones' "kneejerk reaction" last week, when Jones announced that all Cowboys players must stand for the anthem or face fines. Trump was elated.

It was former San Francisco 49er quarterback Colin Kaepernick who first took a knee in 2016 to protest police brutality and the apparent institutional racism that plagues America's criminal justice system. The issue has metastasized into a national debate - free speech versus [forced] patriotism.

"The worst thing about that isn’t that two years later we’re still debating whether players have the right to protest," Abdul-Jabbar lamented, adding that "not much has changed regarding what Kaepernick was protesting."

Abdul-Jabbar cited statistics which show that "although racial minorities are only 37.4% of the population, they account for 62.7% of unarmed people killed by police."

He said: "Given all that and much, much more, taking a knee during the national anthem is the epitome of restraint."

"If it were white people suffering those same statistics, you wouldn’t even play the national anthem. Then again, you wouldn’t have had the opportunity to become owners in the first place."

Abdul-Jabbar noted that not all NFL team owners are cowering behind the "false flag of patriotism."

New York Jets chairman and CEO Christopher Johnson said the team would not discipline a player who protests and he would pay the league’s fine. Giants co-owner Steve Tisch has also said that his players will not be punished for protesting during the anthem.

He then concluded his letter with a total takedown of the policy penalizing players for exercising their rights to free speech.

"To deny players the right to express their frustration in a peaceful manner is a disgrace to the Constitution, the opposite of patriotism," Abdul-Jabbar wrote. "By compromising ethics to the economy, you show moral weakness."

He urged team owners to resist "telling them that they must abide by your white perception of social justice even though you have no experience with the kind of institutional injustice that robs their community of lives, hope, and a future."

"You don’t own the players or their hearts and minds."

Twitter went wild over the letter, with users showing their support for the players and their right to #takeaknee.

Let's not forget that Trump once tried to buy an NFL team and the league rejected him.

And we all know it was never about the anthem.