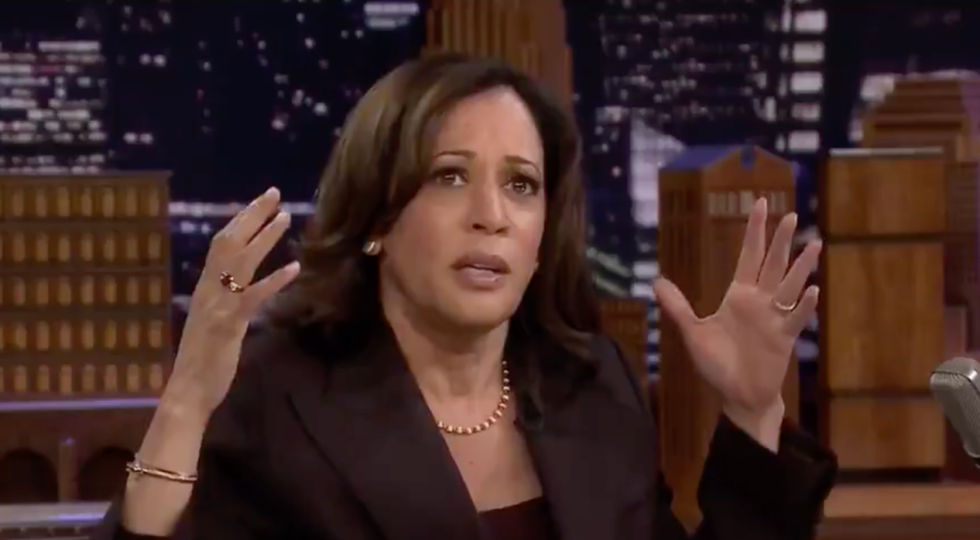 Senator and 2020 Presidential candidate Kamala Harris (D-CA) appeared on The Tonight Show with Jimmy Fallon to discuss the upcoming election and the most urgent issues facing the nation.

Considering the United States saw 53 people murdered in mass shootings last month alone, the issue of common sense gun reform soon arose. Harris asked the audience—comprised of college students—whether or not they've ever had to undergo an active shooter drill at any point during their education. Virtually every single hand went up.

Harris took in the response, saying:

"Look at that...It terrorizes you. It’s traumatizing. I don’t want any student to have to sit in class and have to worry about who’s going to come banging through the door, carrying some kind of weapon."

She proceeded to lay out her plan to ease the epidemic of mass shootings in the United States, which includes an immediate ban on assault weapon imports and to call for universal background checks through Executive Order, while pressuring Congress to expand other precautions.

The visual representation of the ubiquity students being educated in a climate of fear was impactful for many.

@KamalaHarris @FallonTonight My 11 year old great niece told me she is petrified someone is going to kill her with… https://t.co/TVkuwJzoUF
— M Robeson (@M Robeson) 1568745423.0

The House of Representatives passed gun reform legislation in February. Senate Majority Leader Mitch McConnell (R-KY) refuses to bring it to the Senate floor for a vote.