And Like Clockwork, Birtherism Is Back as Rightwing MAGA Bro Questions Kamala Harris's Eligibility to Run for President 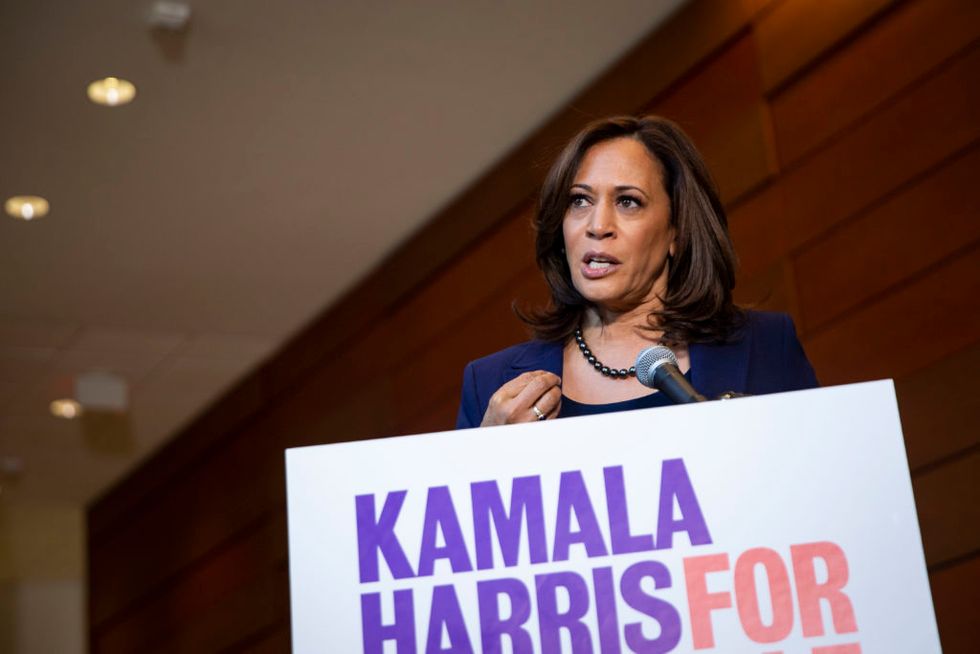 WASHINGTON, DC - JANUARY 21: U.S. Sen. Kamala Harris (D-CA) speaks to reporters after announcing her candidacy for President of the United States, at Howard University, her alma mater, on January 21, 2019 in Washington, DC. Harris is the first African-American woman to announce a run for the White House in 2020. (Photo by Al Drago/Getty Images)

Senator Kamala Harris, the junior senator from California, announced on January 21st that she will be running for president in the 2020 election.

Show of hands: who expects the birther debate to begin?

Well, it took right-wing extremist Jacob Wohl not even 24 hours to go full birther on Harris.

Senator Harris was born in Oakland, California, and, while she lived in Québec after her parents' divorce, is a U.S. citizen. She is unquestionably eligible to run for president — not that "facts" matter to far-right conspiracy theorists like Wohl.

Twitter was quick to set the record straight, using actual law and actual sense to point out that Senator Harris meets all the requirements of a presidential nominee.

@JacobAWohl Being raised in the US is not a Constitutional requirement to be president. She was born in California.… https://t.co/LUUjgN0Xfe
— Nando (@Nando) 1548185559.0

Senator Harris is the first African-American woman to run for president. Could it be that, perhaps, Wohl and his birther cronies are less concerned about Senator Harris' pedigree than they are about the color of her skin?

Senator Harris announced that she would run for president on Martin Luther King Day, pledging to uphold the rights Dr. King fought so hard for. "The future of our country depends on you and millions of others lifting our voices to fight for our American values," she said in Kamala Harris: For the People. "Let's claim our future."