No Agreement Reached Between Justice Department and City. 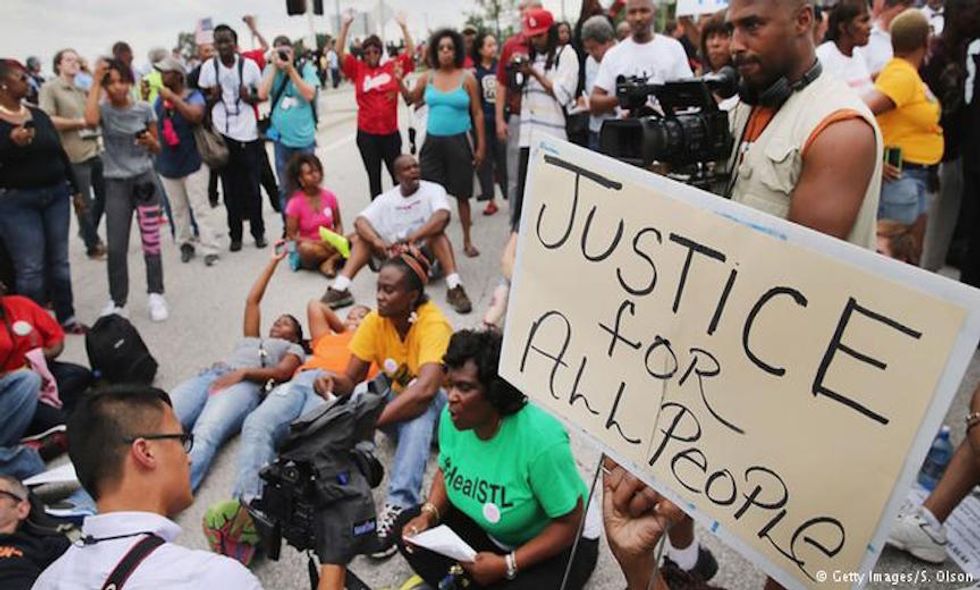 A proposed agreement between the city of Ferguson, Missouri, and the U.S. Justice Department announced in late January was designed to address racially-biased policing in the aftermath of the 2014 shooting death of Michael Brown, an unarmed black teenager. However, the city’s rejection of the agreement means that the city now faces a lawsuit from the Justice Department.

The 131-page agreement called for the reform of Ferguson municipal code, bias-free policing and court practices, mandatory body cameras for police and jail workers, recruitment of a more diverse police force, training for police officers, policy changes to decrease the use of force, more recruitment of minorities to the police force, and a more robust system for citizens to make complaints against officers. The city would also repeal laws like its "failure to comply" ordinance — overwhelmingly used against black residents — and change its city code to make sure local laws are constitutional and fairly applied.

Ferguson officials objected to the plan, saying it was too expensive for the city of 21,000 residents, and now instead faces a costly lawsuit.

Negotiations over the plan placed citizens at odds with the city and each other. Ferguson residents packed a city council meeting on February 3, and many were unable to get into the venue to voice their concerns that the cost of implementing the program could bankrupt the city of 21,000 residents.

Estimates show a price tag of $1.5 million per year to pay for a federal monitor, additional staff and software and training. The city already faces a $2.8 million deficit, due in part to costs and losses related to the protests that followed Brown's death.

The city exploded in racial unrest after Brown was fatally shot by white police officer Darren Wilson, and images of a heavily militarized suburban police department turning on its own citizens launched a

national discussion about policing and racial injustice. While a grand jury declined to indict Wilson, a Justice Department investigation uncovered a pattern of racially-biased policing in Ferguson.

Tensions remain in the city, and news organizations reported that many residents who opposed the agreement are white, saying that its costs will bankrupt the city, while those in favor — a mix of black and white residents — feel the agreement will enhance safety for all residents and put the city in line with constitutional protections.

“Every African American that talked about the consent decree tonight was in favor to sign it,” Mildred Clines, a member of the Ferguson Police Task Force told the Associated Press. “The majority of all the white people were against it. The racial divide is still here. Many people here don’t experience the disparity that we experience.”

The city faces an uphill battle in the courts, as several investigations found widespread problems throughout the city’s policing practices. "They have a very solid case," said Samuel Bagenstos, the former No. 2 official in the Justice Department's Civil Rights Division. "If they were forced to litigate this, they have a very strong basis to show that there is a pattern and practice of constitutional violations in Ferguson."