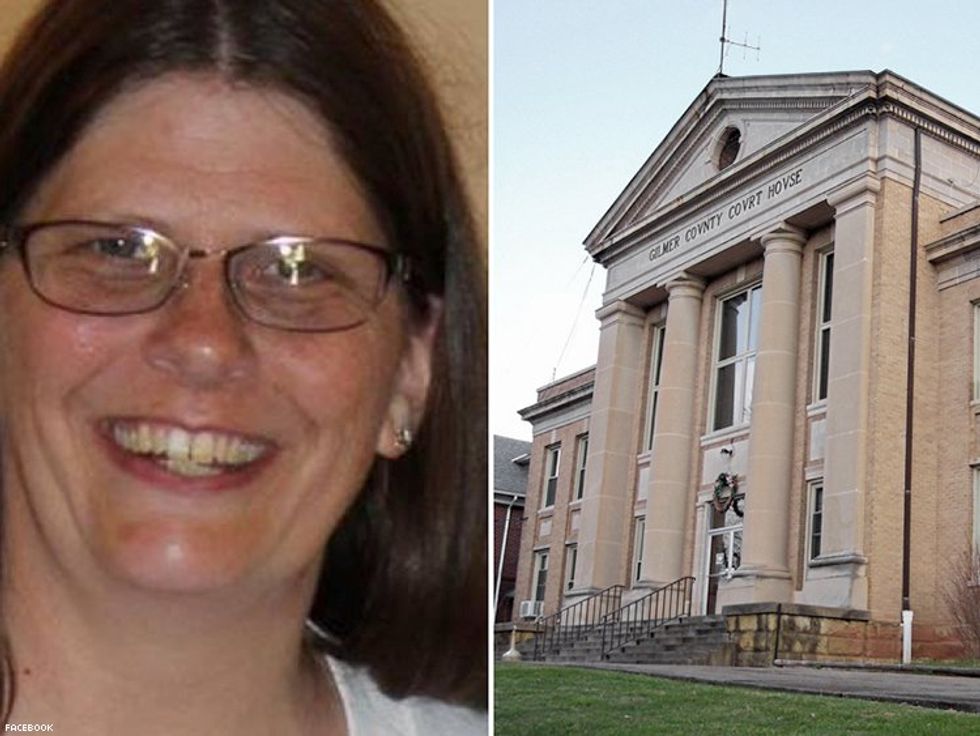 A lesbian couple is receiving a public apology and $10,000 in damages from a county clerk’s office in West Virginia to settle a lawsuit after an official allegedly called the couple an “abomination."

According to a complaint filed in the U.S. District Court for the Northern District of West Virginia, Deputy Clerk Debbie Allen made the comment a year and a half ago as she processed Amanda Abramovich and Samantha Brookover's marriage license in Gilmer County, telling them God would “deal” with them. Another clerk agreed, telling the couple it was Allen’s “religious right” to harass the couple.

Gilmer County is largely conservative––75 percent of the residents voted for President Donald Trump––and the couple acknowledges that they expected perhaps an eye roll or some sign of disapproval when they requested a marriage license. The “tirade of harassment and disparagement” they received, they say, was uncalled for. They allege the clerks violated their equal-protection rights under the Constitution, citing Obergefell v. Hodges, the U.S. Supreme Court’s 2015 ruling upholding the rights of same-sex couples to wed.

The couple, high school sweethearts, received their marriage license, and when Brookover’s mother later called the county clerk’s office to report the incident, she said County Clerk Jean Butcher told her the treatment the women received was justified and that other same-sex couples “would get the same or worse” treatment if they tried to obtain a marriage license.

Speaking to reporters, Deputy Clerk Allen told the Charleston Gazette-Mail that she didn’t call the couple an “abomination.” In fact, Allen said, “I felt I talked nicely to them.” She admitted she did tell the couple that God would judge them. “I just told them my opinion,” she said. “I just felt led to do that. I believe God was standing with me and that’s just my religious belief.”

In a news release on August 30, Gilmer County acknowledged that Brookover and Abramovich “were disrespected and disparaged by staff."

That was wrong,” the news release stated. “It is the policy of Gilmer County and the Gilmer County Clerk’s Office that all people seeking services and doing business with the County will be treated courteously and with respect regardless of their sexual orientation or gender identity.”