Boy Who Was Bullied For Having the Last Name 'Trump' Was Caught Sleeping During Trump's Speech, and Now Everyone's Making the Same Joke 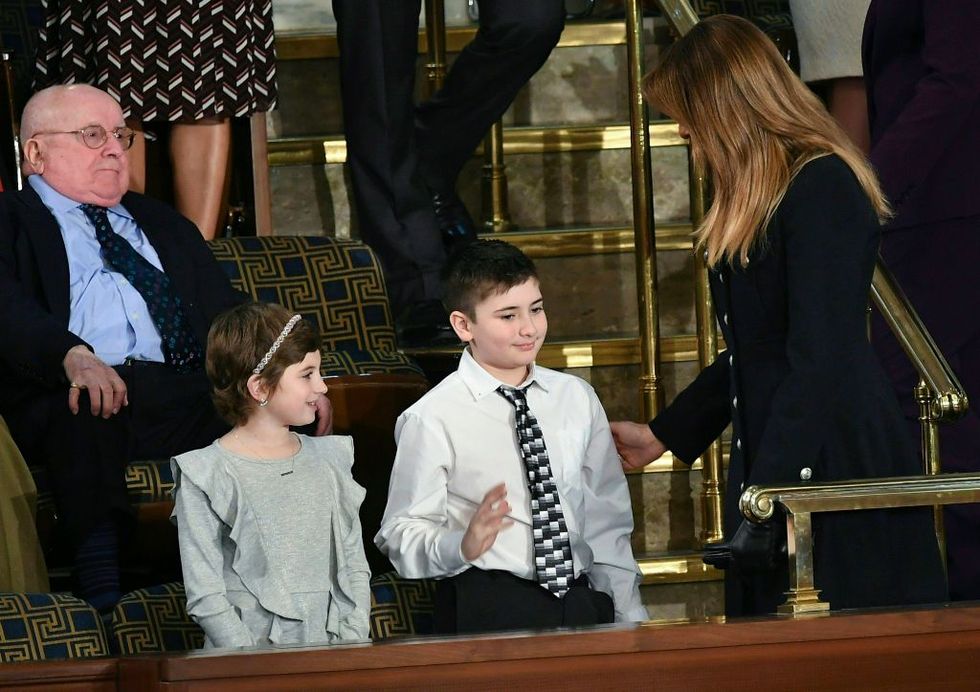 At one hour and 22 minutes, President Donald Trump's State of the Union address on Tuesday night was shorter than only Bill Clinton's address in 2000 (one hour and 29 minutes). However, Trump didn't exactly say anything new. The President hit all of his usual talking points—the so-called crisis at the southern border, the employment rate, tariffs—so after the 60 minute mark, things started to get tedious.

That's when Joshua Trump—the sixth grader who went as First Lady Melania Trump's guest after being bullied for his last name—did something most adults in the room likely wished they could do.

No one blamed the kid for his unplanned nap. In fact, most people could relate.

@MollyJongFast That’s actually what I was doing during SOTU. I woke from a surprise nap for Stacy Abrams
— Benjamin Bagley (@Benjamin Bagley) 1549435701.0

What's more, many thought the President would appreciate it for one simple reason.

As leaked schedules recently revealed, the President spent about 60% of his work days the last three months in unstructured "executive time."

Joshua Trump was only taking some executive time of his own.

Little Joshua didn't seem to miss too much. We only hope he was up in time for school.