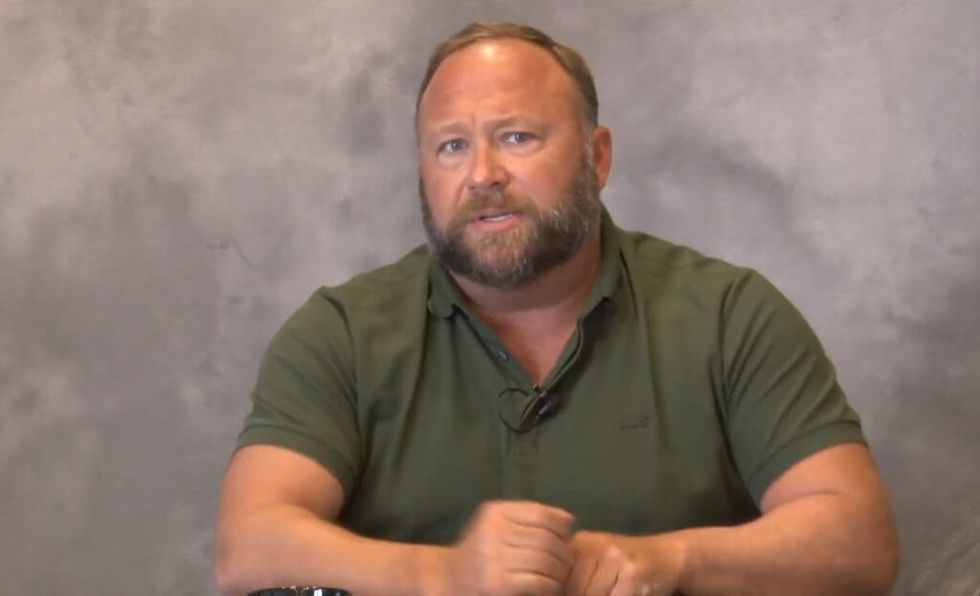 After years of stating the mass shooting at Sandy Hook Elementary School in Newtown, Connecticut was staged, Infowars founder Alex Jones was sued by parents of victims.

The shooting, which took place in December 2012, claimed the lives of 20 children between the ages of 6 and 7 as well as six adult staff members.

But for years, Jones went on his program to spread conspiracy theories that no children died, the school had been empty for years and was used as a false flag and the parents and children were all actors.

His claims led to years of harassment for families and other survivors, including death threats from fans of Jones' show.

But in his deposition for the lawsuit filed by several parents, Jones blames a sort of psychosis for his years of false statements that included airing the addresses of at least one parent.

The lawyer for the plaintiff's, Mark Bankston asked:

"Okay, Mr. Jones. You would agree with me that when some damage happens, when you break something, when you cause something to be lost, when you hurt somebody, whether it’s intentional or whether it’s a mistake, there’s consequences for that, right? People should be accountable for the people they hurt?"

"Well, sometimes people claim they’ve been hurt when they haven’t been. So you have to look at the agenda behind things."

"And I, myself, have almost had like a form of psychosis back in the past where I basically thought everything was staged, even though I’m now learning a lot of times things aren’t staged. So I think, as a pundit, someone giving an opinion, that, you know, my opinions have been wrong; but they were never wrong consciously to hurt people."

"You said false things about Sandy Hook because it was psychosis?"

"Well, I’m just saying that the trauma of the media and the corporations lying so much, then everything begins ― you don’t trust anything anymore, kind of like a child whose parents lie to them over and over again, well, pretty soon they don’t know what reality is."

After years of targeted harassment and failure to take responsibility for his actions, no one was buying Jones' excuse.

People were not surprised Jones attempted to absolve himself of any culpability.

During questioning,  Jones wavered between playing dumb and outright denial of his own recorded and broadcast statements.

Alex Jones blames "a form of psychosis" for the crazy shit he says. I would ask the rest of conservative media: wha… https://t.co/WEtnznaa0o
— David Roberts (@David Roberts) 1553890367.0

Jones also claims that his "psychosis" made him "think everything was staged" in the Sandy Hook massacre. He is ver… https://t.co/sgs2tQIFu3
— Andy Campbell (@Andy Campbell) 1553887242.0

Referring to Jones' pre-trial hearing in his 2017 child custody case, Bankston referred to Jones' lawyer's claims that in his on-air persona, Jones was just a “performance artist.”

"So I want to ask you, I want to know. When you were making these claims about Sandy Hook, were you being a journalist, or was this all performance art?"

“When I say things on air, I believe it."

You can read the full deposition on Scribd here.

You can watch the full deposition part 1...