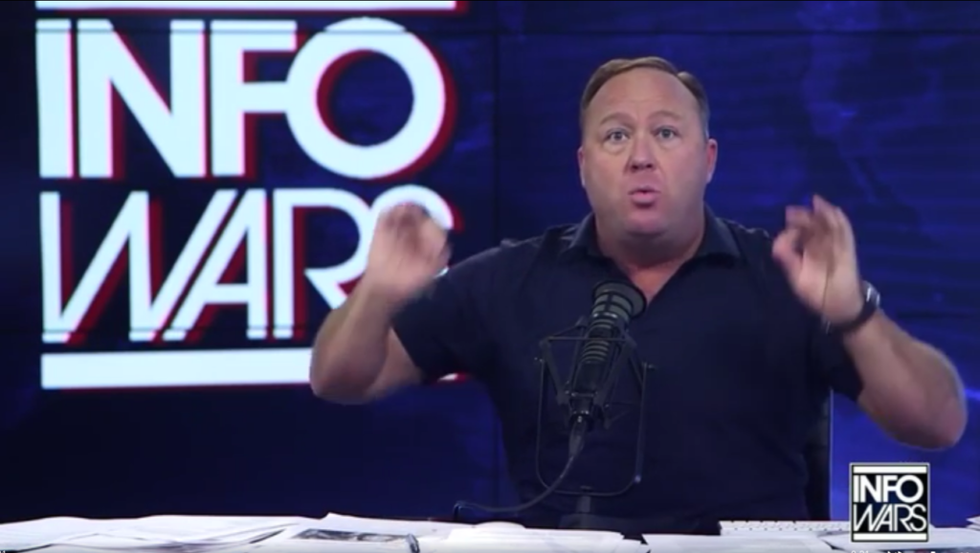 After years of being the objects of hate, based on conspiracy theories spread by people like Alex Jones on programs like Info Wars, some of the parents of the Sandy Hook Elementary School victims fought back, by filing a defamation lawsuit against Jones.

The primary conspiracies involved claims that no mass shooting occurred at the school in Newtown, Connecticut, the parents and children were all "crisis actors" and no one died. Because of the repeated telling of these false claims, people who believed them targeted the surviving students and the families of the victims.

The Info Wars host responded to the defamation lawsuit on his program Wednesday. Jones claims he and his family are the real victims.

But what is defamation is to file lawsuits that say I said things I didn’t say and then put me and my whole family through the ringer and lie about us and hold us up against dead children and say basically ‘we hate their families, we hate the children.' It’s almost like I’ve murdered the children and that’s not what happened.”

In his response Wednesday, Jones denied he ever believed the shooting was faked or that 20 children were not killed. Jones claims he merely "questioned" it.

Others have a drastically different view from Jones however.