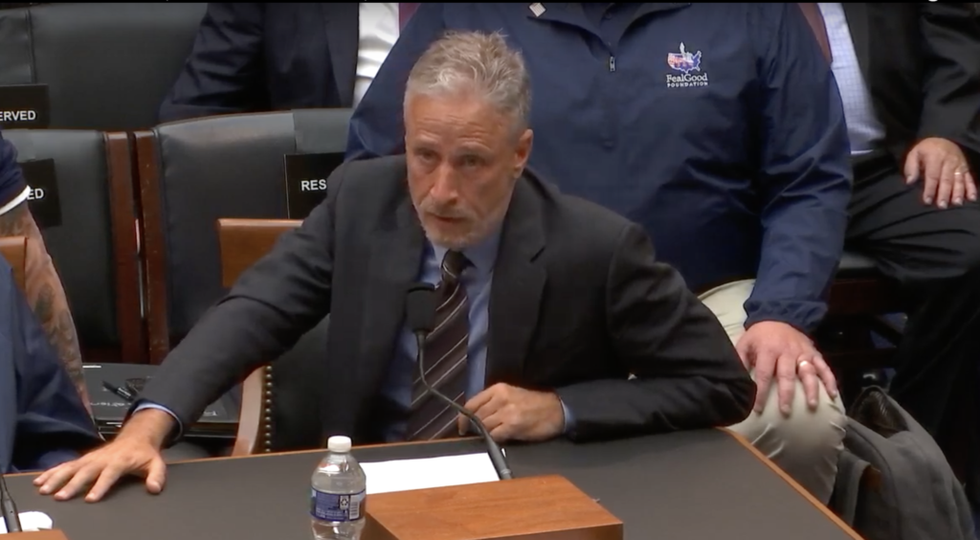 Jon Stewart may be known for his searing comedy, but he made it perfectly clear to lawmakers in a House Judiciary Subcommittee Hearing on Tuesday that compensation for 9/11 first responders is no laughing matter.

The September 11 Victims Compensation Fund was formed shortly after the September 11 attacks to compensate victims, community members and first responders who experienced ill health effects or the loss of a loved one as a result of the 9/11 attacks.

The fund is running out and has already had to slash payments to survivors and responders by half.

In the Judiciary Hearing, Stewart called upon lawmakers to extend the funding, but he also chastised the absent representatives, noting the number of empty seats. Stewart used the low attendance as a metaphor to eviscerate lawmakers' apparent apathy for the first responders.

Jon Stewart: "What an incredible metaphor this room is for the entire process that getting healthcare and benefits… https://t.co/D22qjdnZvM
— ABC News (@ABC News) 1560268178.0

He continued to point out that 9/11 victims and first responders' compensation is not a New York issue, but an American issue.

The numerous first responders seated behind Stewart leapt to their feet in standing ovation after his remarks were complete.

Should Congress not vote to extend it, the September 11 Victims Compensation Fund will expire next year.