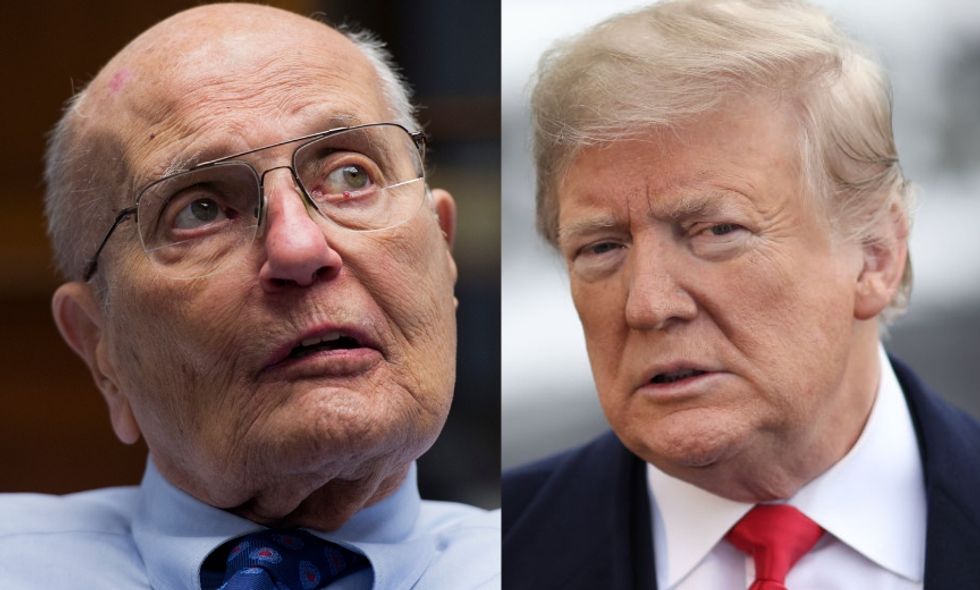 President Donald Trump tweeted condolences to his wife and family:

Hardly an hour after Trump's tweet, the Washington Post published an op-ed of Dingell's last words to America, dictated by his wife, Congresswoman Deborah Dingell. The op-ed was written the day he died, and—while commending the progress America has made and acknowledging the work the country has left to do—included an unflinching rebuke to the President.

"In our modern political age, the presidential bully pulpit seems dedicated to sowing division and denigrating, often in the most irrelevant and infantile personal terms, the political opposition. And much as I have found Twitter to be a useful means of expression, some occasions merit more than 280 characters."

He continued to warn against political rhetoric in the era of Trump, writing that he emerged onto the political scene in a "kinder, if not necessarily gentler" era. "We observed modicums of respect even as we fought, often bitterly and savagely, over issues that were literally life and death," he continued.

Many noticed the man for whom his words were intended.

Leaders from across America began outpouring with condolences and memories of the longtime leader.

They were from both sides of the aisle.

America has lost a beloved pillar of the Congress & one of the greatest legislators in our history. @JohnDingell’s… https://t.co/Wh9SEexozf
— Nancy Pelosi (@Nancy Pelosi) 1549594740.0

After recounting the horrors Americans had to contend with in the 20th century—legal racial discrimination, no safety net for the elderly, no environmental safety measures—Dingell expressed hope in the nation's future, writing:

"As I prepare to leave this all behind, I now leave you in control of the greatest nation of mankind and pray God gives you the wisdom to understand the responsibility you hold in your hands. May God bless you all, and may God bless America."

The words inspired Americans across the country.

@JakeSherman Tears here, as I think of him crafting these eloquent words in his last moments.
— Melodie Woerman (@Melodie Woerman) 1549660542.0

Now, it's up to Americans to heed his warning.