Jon Cryer Was Challenged by a Twitter Troll to List Trump's Impeachable Offenses, and Cryer More Than Delivered 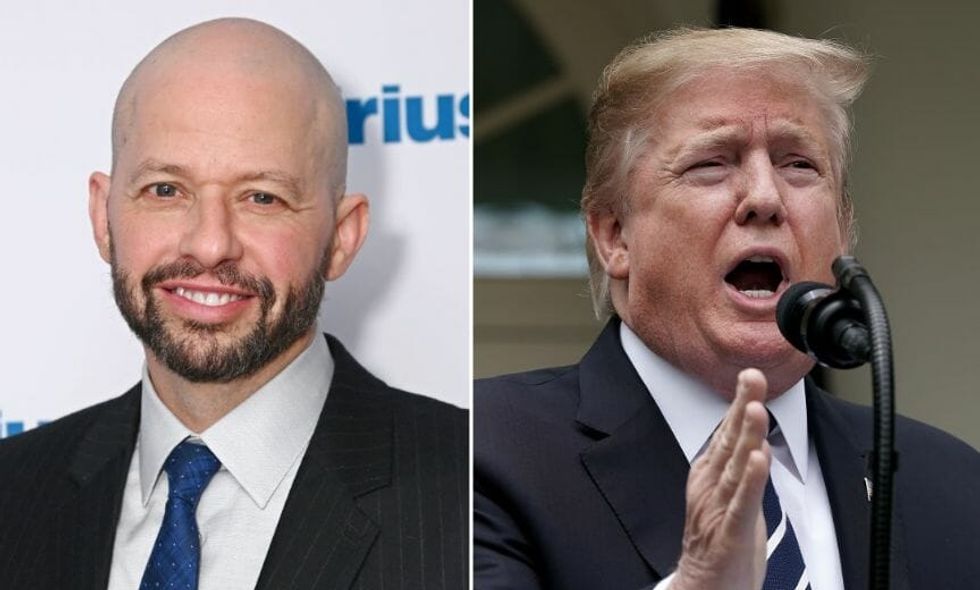 More and more American voices are calling for impeachment proceedings to begin against President Donald Trump.

It all started when Cryer reminded his followers of Trump's impeachable offenses.

But when a Twitter troll accused Cryer of basing his argument on emotions rather than facts, Cryer was happy to be more specific.

1/First of all, remember that impeachment is a political process, not a criminal one. Impeachable offenses are not… https://t.co/6v3QcQPmzv
— Jon Cryer (@Jon Cryer) 1558765012.0

He called out Trump's corruption, especially when it comes to using the executive office to benefit his companies and the interests of his most wealthy and influential supporters.

2/Yesterday it was reported that the president inserted himself in the US Army Corps of Engineers bidding process o… https://t.co/BaBoncKt8v
— Jon Cryer (@Jon Cryer) 1558765135.0

He called out his repeated attempts to obstruct justice.

And his comical lack of regard for the Emoluments clause.

The calls to impeach Trump are becoming stronger despite fears that it will backfire against the Democrats. Many respond that impeachment is not about political palatability, but about protecting our very democracy.

Congressional Democrats remain split on the matter. Some progressive Democrats insist that the process of impeachment would allow for more thorough investigations into Trump's suspected crimes, citing the drastic ways in which Nixon's impeachment hearings affected the public's perception of him.

Some fear that it could be political suicide.

Soon, followers of Cryer's began adding other impeachable offenses to the growing list.

@MrJonCryer Don't forget intervening with the GSA to keep the FBI building from moving even though the move would s… https://t.co/d3d7WabsxI
— drlnjrh 🇺🇸 (@drlnjrh 🇺🇸) 1559000477.0

It doesn't appear that the calls for impeachment will be letting up any time soon.