Many on social media had criticized Osteen and the church for not providing refuge to those affected by the catastrophic storm. 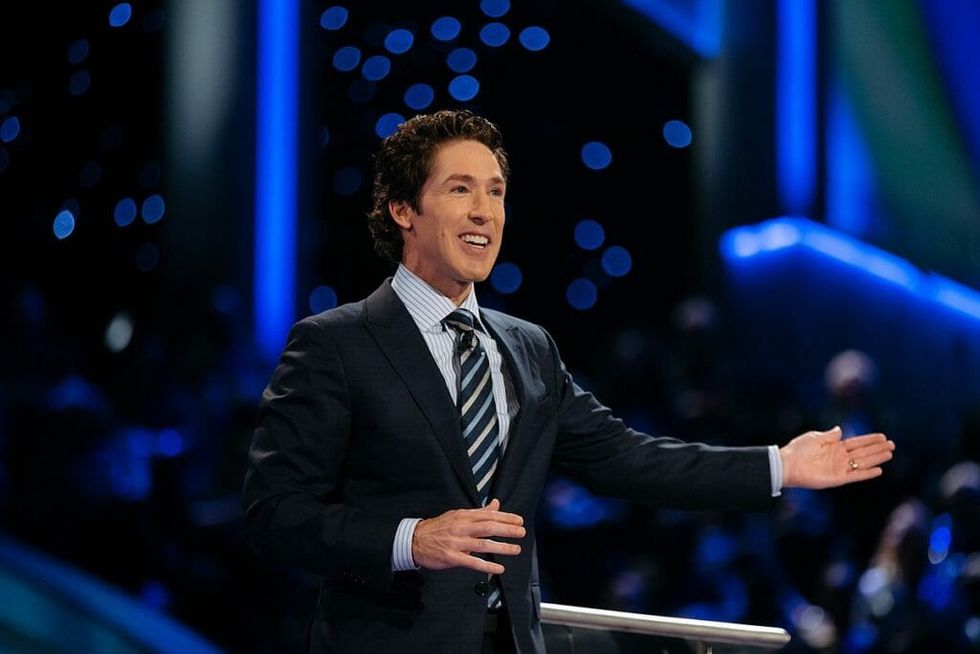 Televangelist Joel Osteen's Houston megachurch announced it would open its doors to residents displaced by flooding following Tropical Storm Harvey. Osteen had faced mounting criticism for not opening the doors of Lakewood Church––a 16,800-seat arena which had previously served as the home for the Houston Rockets––as city officials searched for facilities to house the homeless.

"We have never closed our doors. We will continue to be a distribution center for those in need," church spokesman and Osteen's father-in-law Donald Iloff said. "We are prepared to shelter people once the cities and county shelters reach capacity. Lakewood will be a value to the community in the aftermath of this storm in helping our fellow citizens rebuild their lives."

Osteen––who televises sermons to 7 million viewers weekly and whose net worth is an estimated $50 million––canceled services at his church on Sunday and urged his followers to rely on their faith.

Additionally, Lakewood Church posted on social media Monday that the venue was "inaccessible due to severe flooding" following the storm. The message included the National Guard rescue hotline, as well as a list of shelters for displaced Texans.

But the church's words stood in stark contrast to videos and pictures which surfaced online showing staff arriving at the venue with no flood waters in sight. Washington DC-based writer Charles Clymer tweeted pictures of Lakewood Church, which did not appear to be damaged by the storm.

Clymer reported Osteen had blocked him––and others––on Twitter, and that he had refused to respond to direct lines of questioning.

Live video provided by Houston residents shows Lakewood Church and surrounding areas had not flooded, contrary to its statements.

In a Facebook post last night, Osteen announced he and Lakewood Church "are working diligently with the city of Houston to mobilize our many volunteers at shelters around the city as well as various other points of need in and around the Houston area" and urged his followers to "come out stronger and filled with a greater faith than before."