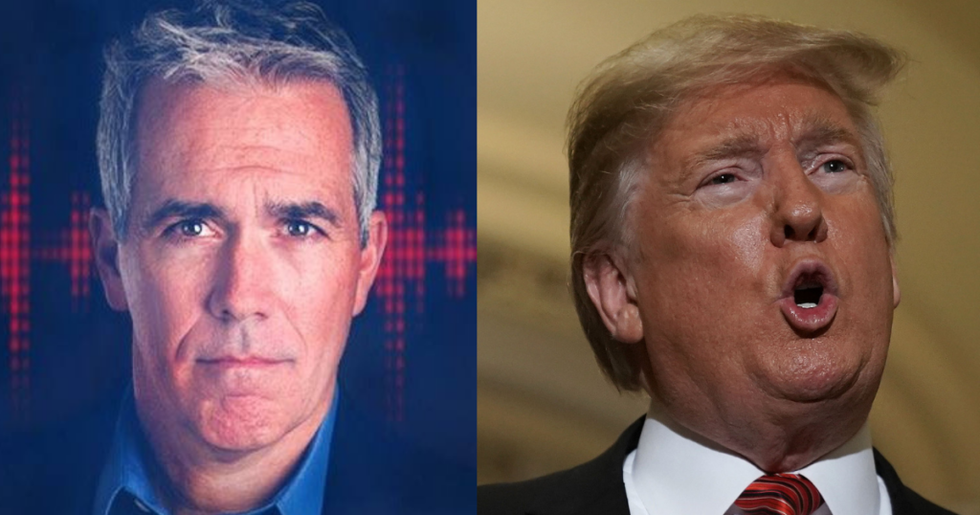 President Donald Trump on Thursday doubled-down on his threat to declare a national emergency at the southern border as he desperately tried to keep his campaign promise to build a border wall with Mexico.

"If this doesn't work out, probably I will do it, I would almost say definitely," Trump said. "This is a national emergency."

Trump is itching to expand his executive authority after several rounds of negotiations to reopen the government - which Trump shut down on December 22 - collapsed earlier this week.

Trump's desire to skirt Congressional authority in order to get his way carries whiffs of tyranny.

Former Republican Congressman Joe Walsh, now a talk-radio host and stalwart Trump critic, wrote on Twitter that conservatives would have lost their minds if Trump's predecessor had suggested declaring a state of emergency.

"My side," Walsh tweeted, "would be storming the White House if Barack Obama ever thought about declaring a national emergency."

My side would be storming the White House if Barack Obama ever thought about declaring a national emergency.
— Joe Walsh (@Joe Walsh) 1547127455.0

Ya think? Republican kowtowing to Trump perfectly embodies the malignant hypocrisy within the GOP.

@WalshFreedom That you not only acknowledge the level of hypocrisy from the GOP (your side), but speak to it public… https://t.co/EztsdULX6G
— Tyler (@Tyler) 1547130566.0

@WalshFreedom yes they would. But they accept these games and nonsense from this fool? What happened to country o… https://t.co/VTxbhHnhWx
— Dianne (@Dianne) 1547127663.0

@WalshFreedom @MaxBoot The hypocrisy of the Republicans has no boundary. Party above country is a national disgrace.
— Bill Hinson (@Bill Hinson) 1547131388.0

@WalshFreedom Now imagine how they'd react of Barack had 5 children by 3 different women. And why do you think they'd react that way?
— Lynn Heraty (@Lynn Heraty) 1547138237.0

Walsh was bombarded by one simple question.

Why is he still associating with "that side?"

Where are the conservative "patriots" who groan about tyranny? We are witnessing it in real time.

@WalshFreedom Shouldn’t EVERYONE worry when the Executive Branch abuses its power and the truth? Where are… https://t.co/73e4gHZ91u
— Rob Brumbaugh (@Rob Brumbaugh) 1547135928.0

Despite his private misgivings, Trump will be visiting the U.S.-Mexico border this afternoon, though he is unlikely to care that reality does not match the chaos that exists solely in his head.