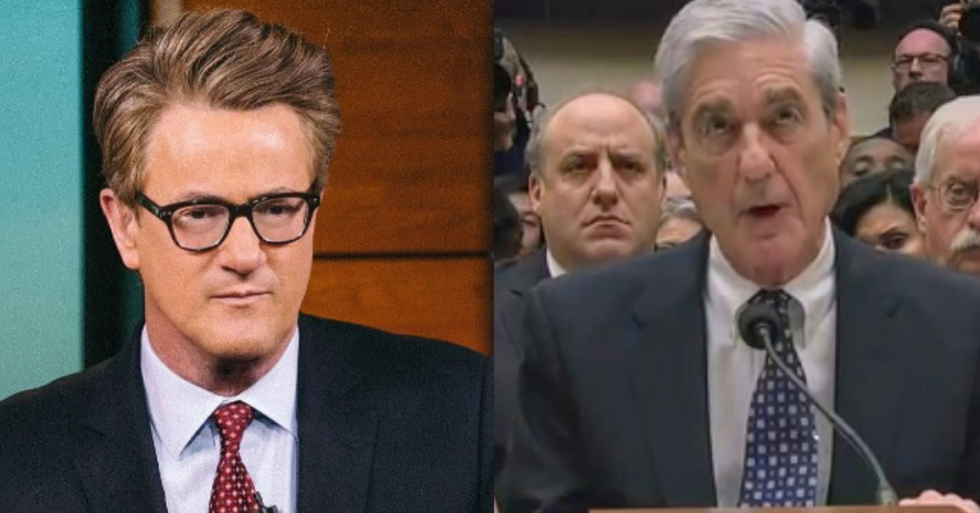 Joe Scarborough was once a Republican Congressman representing Florida. But since leaving the House of Representatives, he has been hosting the MSNBC morning program Morning Joe.

Now he is asking for forgiveness.

In the wake of the Russia investigation, the Mueller report and now Special Counsel Robert Mueller testifying before the Senate, Scarborough is regretting some life choices.

MoveOn.org heard his prayer and passed it on to The Good God Above.

Ask and ye shall receive.

But not everyone was as forgiving as the Lord.

Back in 2015, Scarborough and his co-host and now wife, Mika Brzezinski, were fans of Republican candidate Donald Trump. Over time the MSNBC duo soured on the President.

In 2017, Scarborough announced he was leaving the GOP and instead became an independent.

Now Scarborough and Brzezinski are some of Trump's more vocal critics.

But many say the harm was already done.

@JoeNBC You know what they say about Republicans, they never learn until it happens to them personally. Trump has b… https://t.co/CMJ6kKuK3m
— Black&White (@Black&White) 1564001260.0

Others asserted it was not Jesus Joe needed to apologize to.

Others thought Jesus had other more pressing concerns.

@JoeNBC Asking for forgiveness requires a listing of all the things you have done to further the goals and objectiv… https://t.co/jnCF82zEPx
— Safiyah Noor (@Safiyah Noor) 1563989506.0

The Mueller testimony before the House Judiciary and Intelligence Committees took place on Wednesday to great fanfare. And despite claims by President Donald Trump that Mueller totally exonerated him, the hearings indicated otherwise.

You can review the redacted Mueller report, available here, and decide for yourself if the President obstructed justice or committed any other crimes.