Joe Scarborough Just Said What We're All Thinking About Donald Trump's Presidency, and It Was Savage AF 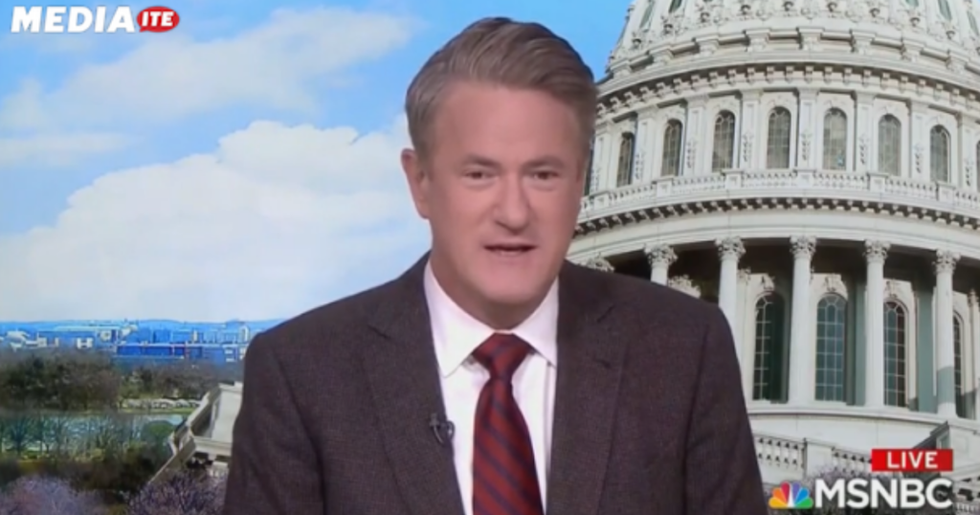 MSNBC host Joe Scarborough slammed beleaguered President Donald Trump on Wednesday as the country grapples with a volatile stock market and the third government shutdown of 2018.

Scarborough said as the second year of Trump's presidency draws to a close, "optimistic" people have "reason to be concerned" about the state of our country.

“I don’t judge the president by my standards, you don’t have to judge him by your standards,” said Scarborough, a former GOP Congressman. “This morning, just judge him by his own standards. Donald Trump is failing by the very benchmark that he laid out in his own campaign, his campaign promises."

Scarborough blasted the Republican Party, which he abandoned in 2017, for kowtowing to Trump and his reckless impulsivity.

Trump "at some point needed to step up and show leadership, and if he couldn't do it then those around him that influenced him should have done it,” Scarborough continued. “I left the Republican Party less over Donald Trump than I did over the fact that almost every elected official in the GOP has bowed and scraped to Donald Trump.”

“Treating this man, whose skills are objectively declining on a daily basis, treating this man like an emperor wearing the finest clothes ever made, when, in fact, objectively Donald Trump is on track to be the worst president in modern times, and perhaps ever.”

Some think crossed the 'worst president' threshold long ago.

@thehill He’s on track to be the worst president of modern times much the same way that I, when sitting in a parked… https://t.co/x8TdatzWaU
— Kent Straith (@Kent Straith) 1545836878.0

Trump's holiday message certainly did not help his foundering popularity.

On Tuesday, Trump could not help himself; he used Twitter and Christmas to attack the press.

"I hope everyone, even the Fake News Media, is having a great Christmas! Our Country is doing very well," the president tweeted. "We are securing our Borders, making great new Trade Deals, and bringing our Troops Back Home. We are finally putting America First. MERRY CHRISTMAS! #MAGA"

Considering the news that Trump never really had bone spurs and that only today did he make his first visit to troops in a combat zone, the blowback on social media was loud.

@realDonaldTrump Hey, #FakeBoneSpurs, how about this morning's story about how your dad got you a fake medical exem… https://t.co/2kJlu9yw6O
— Patty Glueck (@Patty Glueck) 1545847610.0

Trump's lack of self-awareness is remarkable.

@realDonaldTrump Really what about the cost to all of the rebuilding bridges and roads projects as tariffs signifi… https://t.co/FEGtZZjBVL
— snowflakeyoga (@snowflakeyoga) 1545849499.0