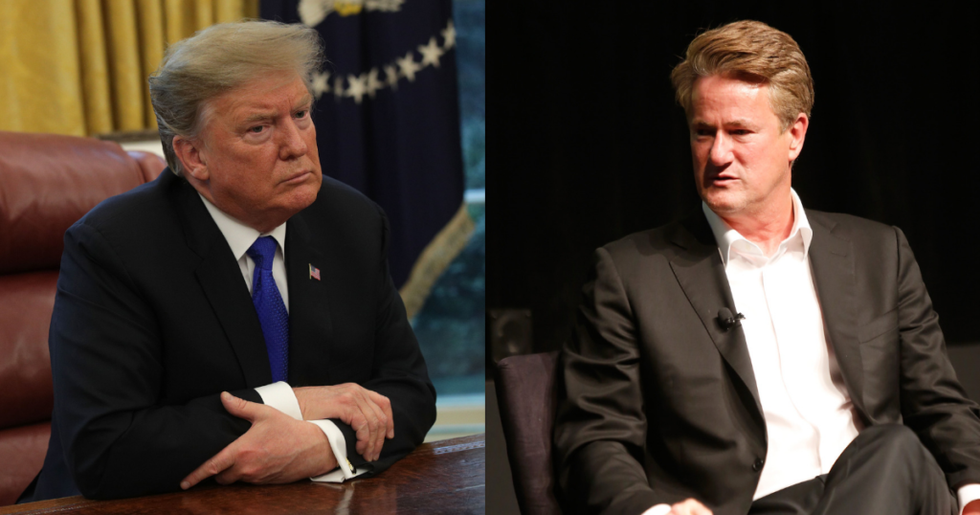 Filmmaker Spike Lee urged Americans to vote out President Donald Trump in 2020 after winning his first Oscar on Sunday night for his movie, Blackkklansman.

“The 2020 presidential election is around the corner. Let’s all mobilize,” Lee said in his acceptance speech. “Let’s all be in the right side of history. Make the moral choice between love versus hate.”

Early Monday morning, Trump lashed out at Lee on Twitter over having read from notes and accused Lee of being a racist. Trump also wrote that his policies have done more to help African Americans than almost any previous president.

"Be nice if Spike Lee could read his notes, or better yet not have to use notes at all, when doing his racist hit on your President," Trump tweeted, "who has done more for African Americans (Criminal Justice Reform, Lowest Unemployment numbers in History, Tax Cuts,etc.) than almost any other Pres!"

A few hours later, MSNBC's Joe Scarborough tore into Trump, whom he considers "the most racist president in American history."

The most racist president in modern American history who reads teleprompter worse than any national figure alive is… https://t.co/C3VzitTVtI
— Joe Scarborough (@Joe Scarborough) 1551100906.0

Trump's views on the Central Park Five in the 1980s were fully racist, as was the "birther" conspiracy Trump proudly pushed about President Barack Obama.

In 2017, Trump referred to white supremacists as "very fine people" after one of them rammed his car into a crowd at a rally in Charlottesville, Virginia, killing activist Heather Heyer.

Here is the thing about reading from notes...

... it indicates preparedness and literacy.

@JoeNBC Reading from notes is often done by people who have something to say that they have actually thought about… https://t.co/esO8OGQ5qo
— Kevin Daly (@Kevin Daly) 1551102029.0

Lee never even mentioned Trump's name. Not once.