After Joe Biden Called Kim Jong Un a 'Tyrant,' North Korea Just Clapped Back With the Most Trumpian Insult 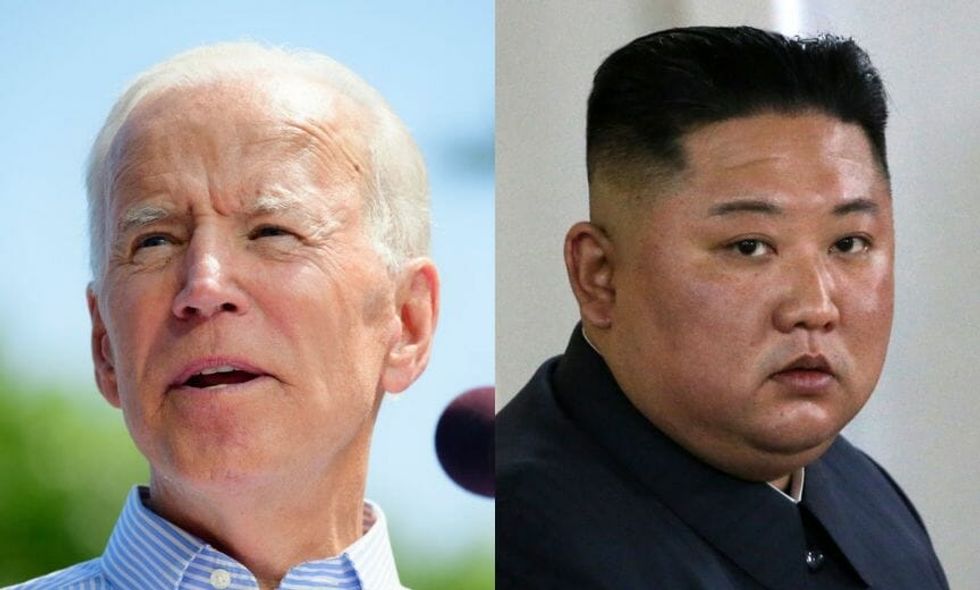 Americans can bet that the North Korean government won't be endorsing former Vice President and 2020 frontrunner for president Joe Biden any time soon.

Biden referred to North Korean dictator Kim Jong Un as a "tyrant" at a recent campaign event. This clearly didn't sit well with Kim, because the North Korean government shot back at Biden with a stream of insults that could rival a tweet storm from President Donald Trump.

“What he uttered is just sophism of an imbecile bereft of elementary quality as a human being, let alone a politician,” the government said in a statement.

"There is nonstop comment over his bid for candidacy that he is not worth pinning hope on, backed by the jeer that he is a fool of low IQ. Yet, he is self-praising himself as being the most popular presidential candidate. This is enough to make a cat laugh.”

For his part, Trump's relationship with North Korea has been ever-shifting, with Kim calling the shots. Trump once called the dictator "Little rocket man" on Twitter, but later hosted two summits with the leader, both of which—despite Trump's assertions—didn't amount to the total denuclearization the United States had been striving for.

Many pointed out the similarities between Trump's regular juvenile insults and North Korea's words for Biden.

Fortunately for Biden, Americans don't hold too much stock in North Korea's endorsement.

Looks like Trump can add Kim to his list of endorsements, next to Vladimir Putin and David Duke.