Each one weaker than the next. 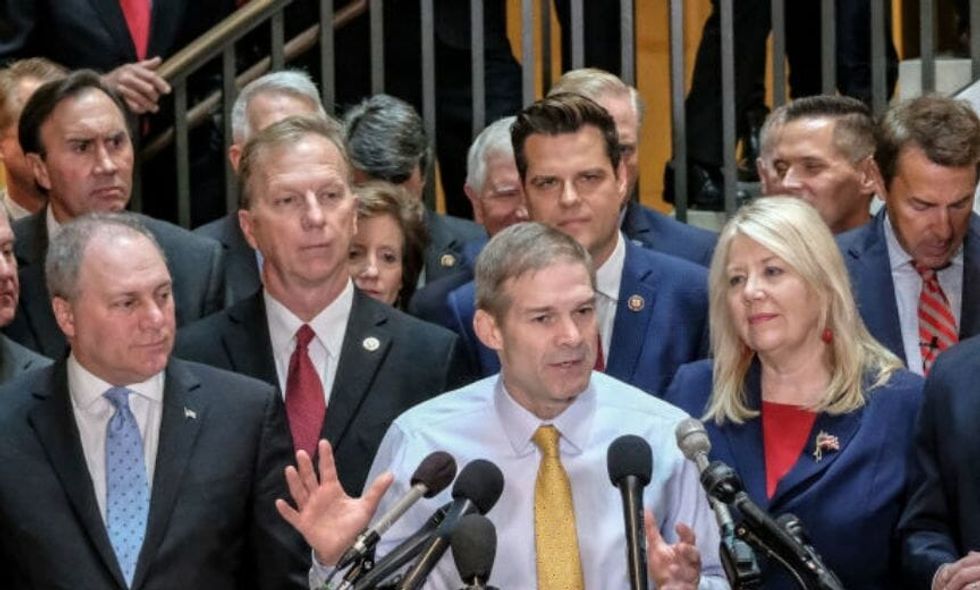 Since an explosive whistleblower complaint first brought Trump's dealings with Ukraine to the public conscious, Republicans have constantly adjusted their defenses to fit increasingly damning revelations.

Video editor for the Washington Post, JM Reiger, highlighted just how many times congressional Republicans have moved the goalposts since the original whistleblower complaint.

NEW Over the past two months, congressional Republicans have floated no fewer than 17 different defenses of Trump’… https://t.co/qFxpJ6yunh
— JM Rieger (@JM Rieger) 1573610191.0

They went on to whine about the process despite its constitutionality, claimed there was no quid pro quo, blamed the deep state, and so on until they finally claimed Trump's Ukraine policy was too incoherent to form a quid pro quo.

People are starting to notice that Republican defenses are losing credibility with every new development.

Public hearings are far from over. It's likely there will be three new defenses by next week.