Donald Trump Claimed That Previous Presidents Told Him They Regretted Not Building a Wall, and Every Living President Has Now Responded

Soooo, he lied then? 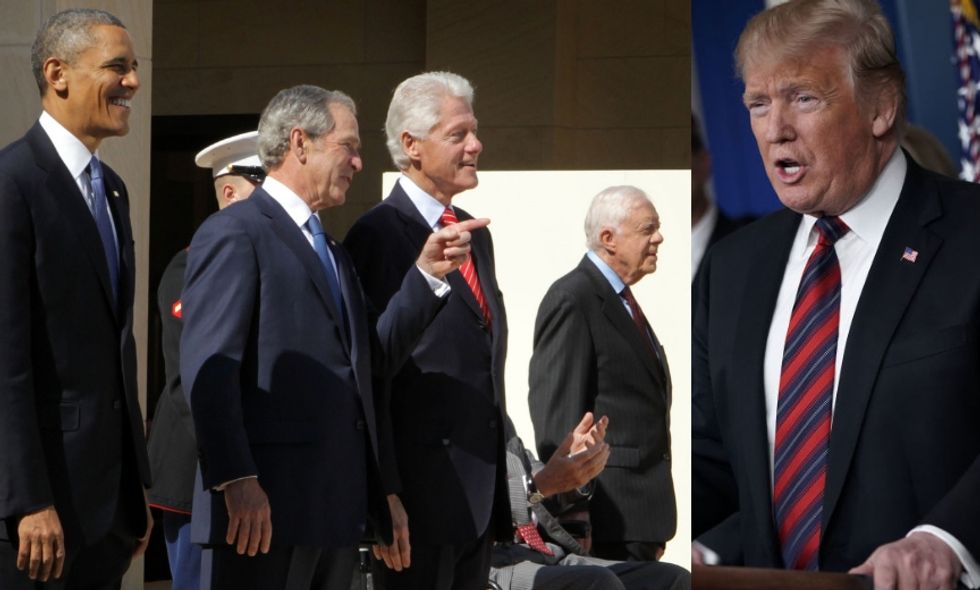 President Donald Trump has frequently flummoxed Americans everywhere with his eagerness to tell lies that are easily disprovable.

It looks like he just put another notch in that belt.

While trying to defend his decision to shut down the government over border wall funding, the President said at a press conference on Friday that every other living President agreed with him—and that some even expressed regrets for not achieving it.

“This should have been done by all of the presidents that preceded me and they all know it. Some of them have told me that we should have done it.”

Many doubted the validity of the statement, and their instincts proved right when former President Jimmy Carter—echoing statements by former Presidents Barack Obama, George W. Bush, and Bill Clinton—that he never expressed any sentiment of the sort to Trump.

“I have not discussed the border wall with President Trump, and do not support him on the issue.”

Representatives for Clinton and Bush asserted that the former Presidents hadn't spoken to Trump on the issue either. As for former President Barack Obama, his representatives declined to comment, but his statements on the wall in the past speak for themselves. Additionally, he hadn't spoken to Trump since the current president's inauguration in 2017, save for a brief moment at the funeral of George H.W. Bush in December 2018.

Former Vice President Joe Biden had some thoughts on the matter.

Though they may not have been shocked, they were quick to roast the current occupant of the White House.

They didn't hold back.

The President has yet to comment and we have a sneaking feeling that he doesn't intend to. What's one more lie from the White House, right?