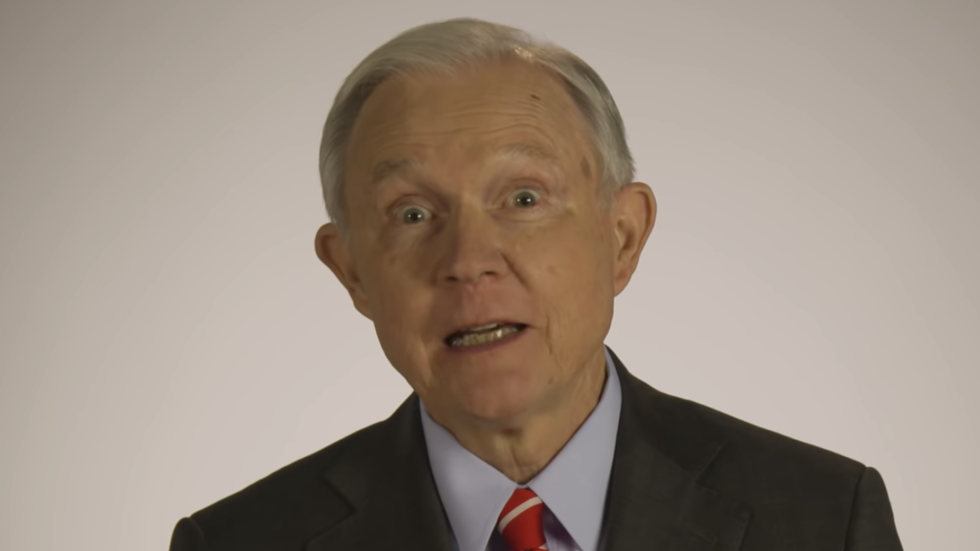 Despite being one of the most Conservative figures in American politics, Sessions earned Trump's ire when he recused himself from overseeing the Russia investigation.

Trump would frequently bash Sessions on Twitter and at campaign rallies until Sessions resigned.

Now, the former Attorney General is trying to regain his Senate seat, and in a recent campaign video, he heaps praise upon the President who publicly humiliated him.

In the video, Sessions compares himself to other ex-Trump cabinet officials while confirming his submission to Trump.

"When I left President Trump's cabinet, did I write a tell-all book? No. Did I go on CNN and attack the President? Nope. Have I said a cross word about our President? Not one time."

Despite it being an ad for his Senate campaign, Sessions never mentions it once. He only praises Trump.

"I was there to serve his agenda, not mine...The President's doing a great job for America and Alabama, and he has my strong support."

Jeff Sessions said he wouldn’t allow politics to influence him only because he doesn’t understand what is happening… https://t.co/hq7vwICPVX
— Donald J. Trump (@Donald J. Trump) 1535200593.0

People almost felt sorry for him having to debase himself for his former boss.

Imagine wanting power back this badly that you would abase yourself this completely at age 72.
— Ezra Klein (@Ezra Klein) 1573176969.0

The Alabama Senate race in 2020 is sure to be a competitive one. Democrat Doug Jones pulled off an upset victory in the special election to replace Sessions, beating Republican and multiple accused pedophile Roy Moore, who also intends to run again, and who's been even more harshly condemned by Trump.

Trump's famous tendency to hold a grudge may prove interesting when it comes time to endorse a candidate in Alabama.