A Judge Ordered the Trump Administration to Restore the DACA Program for DREAMers, and Jeff Sessions Just Responded

He does not appear cowed in the slightest. 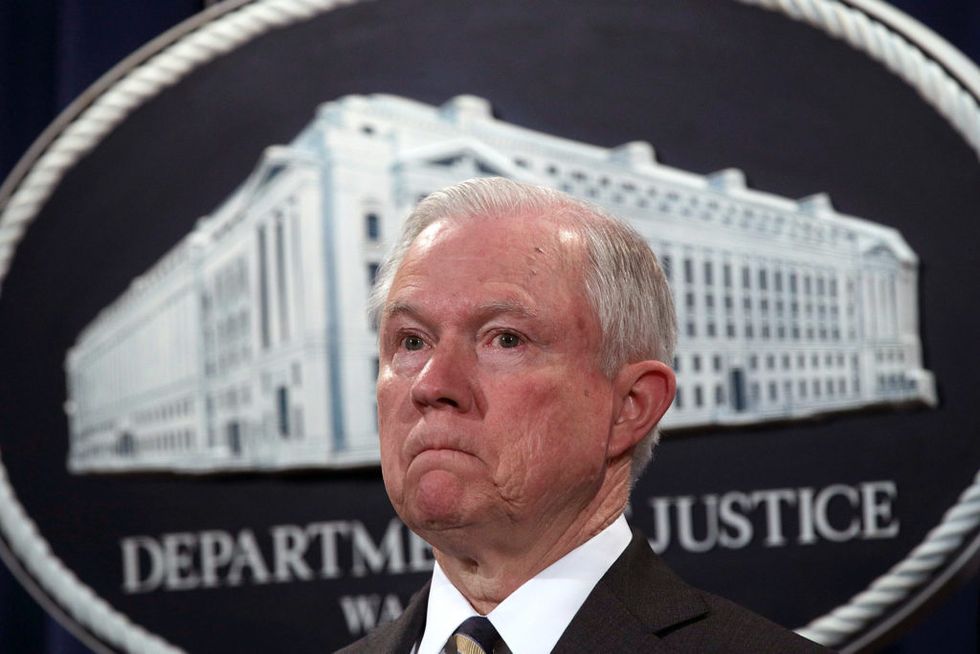 President Donald Trump's efforts to end the Deferred Action for Childhood Arrivals (DACA) program was dealt a blow on Friday when a federal judge ordered the administration to fully restore the program designed to prevent the deportation of children of undocumented immigrants who were brought to the United States by their parents.

In April, U.S. District Judge John Bates gave the Department of Homeland Security 90 days "to better explain its view that DACA is unlawful." Bates said Friday the government's reasoning for ending DACA was "inadequately explained," adding that the Trump administration "cannot rely on the reasons it previously gave for DACA’s rescission, because the Court has already rejected them."

Bates concluded in his ruling:

For the foregoing reasons, the Court again concludes that DHS’s September 2017 decision

to rescind the DACA program, as now explained in the Duke and Nielsen Memos, was both subject

to judicial review and arbitrary and capricious.

The Court has already once given DHS the opportunity to remedy these deficiencies—either by providing a coherent explanation of its legal opinion or by reissuing its decision for bona fide policy reasons that would preclude judicial review—so it will not do so again.

"A conclusory assertion that a prior policy is illegal, accompanied by a hodgepodge of illogical or post hoc policy assertions, simply will not do," Bates wrote. "The Court, therefore, reaffirms its conclusion that DACA’s rescission was unlawful and must be set aside."

Bates' ruling is the third derailing the Trump administration's crusade against DACA since the president decided to end the program in September 2017. DHS has 20 days to appeal the ruling before DACA must be fully restored, Bates ruled.

"We strongly disagree with the district court’s decision on Friday in the DACA case," Sessions said.

"We have recently witnessed a number of decisions in which courts have improperly used judicial power to steer, enjoin, modify, and direct executive policy," Sessions added.

Supporters of DACA responded to Sessions on Twitter, offering their "thoughts and prayers" to the administration.

The racist undertones of the Trump administration's attitude toward the children of undocumented immigrants did not go unnoticed.

@ABC Hey Sessions! The law is the law-stop trying to change it-Sessions is the Attorney General of the United State… https://t.co/ZY9mv3sFln
— DIANA PARKS (@DIANA PARKS) 1533582215.0