He wants people to just say no. 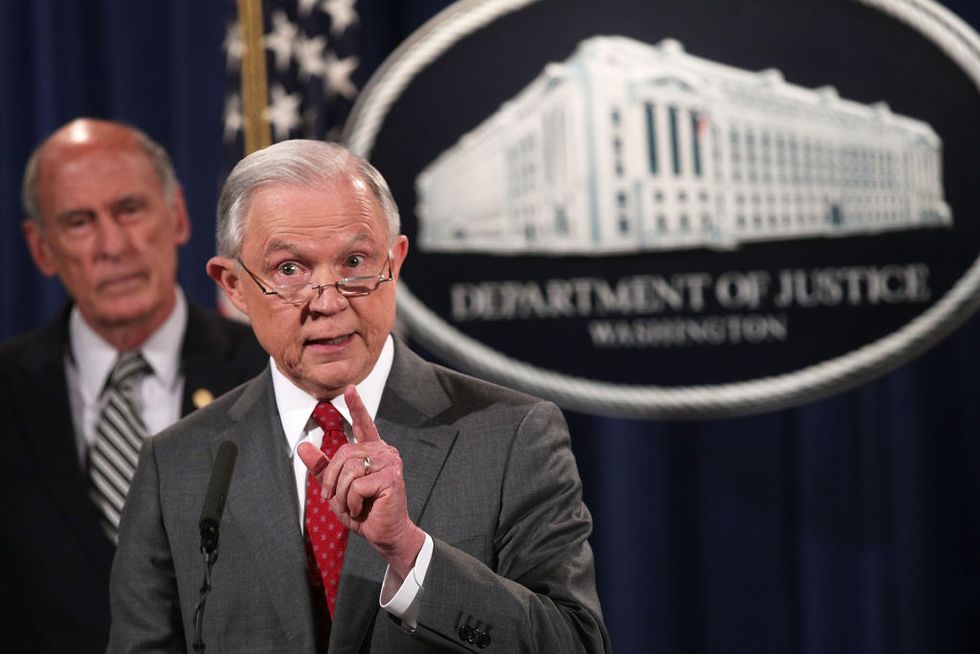 In a throwback to the failed drug policies of the 1980s, Trump administration Attorney General Jeff Sessions blamed the opioid epidemic on Americans who can't just “say no” to drugs. He also said that marijuana is a gateway to addiction Thursday during a question-and-answer session at the Heritage Foundation in Washington DC.

"Extremely troubled" by the opioid crisis, Sessions said it led to more overdose deaths than deaths during the height of the AIDS public health crisis in the 1980s.

“I do think that this whole country needs to not be so lackadaisical about drugs,” Sessions remarked.

People should say no to drug use. They have got to protect themselves first.”

Sessions added that “fentanyl people are really killers,” but failed to clarify who those "fentanyl people" are. He also claimed to have heard from many police chiefs that drug addiction “starts with marijuana.”

According to the U.S. Centers for Disease Control and Prevention, opioids were responsible for more than 33,000 U.S. deaths in 2015. But in those numbers, nearly half of all the opioid overdose deaths in 2015 involved prescription medications.

Earlier on Thursday, the Justice Department announced securing an indictment against a Pittsburgh-based doctor for unlawful distribution of opioids, in the first case of its kind brought since Sessions launched an Opioid Abuse and Detection unit.

But in response to a question about how best to combat the opioid epidemic, Sessions repeatedly cast the problem as one of personal character and responsibility on the part of those addicted.

Public response to AG Sessions' remarks, from conservative and liberal sources, was swift and unfavorable.

AG JEFF SESSIONS has knowingly and willingly ignored the opioid epidemic whilst he has waged his war on brown skinned marijuana distributors
— AMERICA (@AMERICA) 1509043929.0

@JuddLegum People like Sessions are afraid to learn the facts about marijuana, or do not care because of the privat… https://t.co/CvhXj7FgFq
— Russell S. Day (@Russell S. Day) 1509045078.0