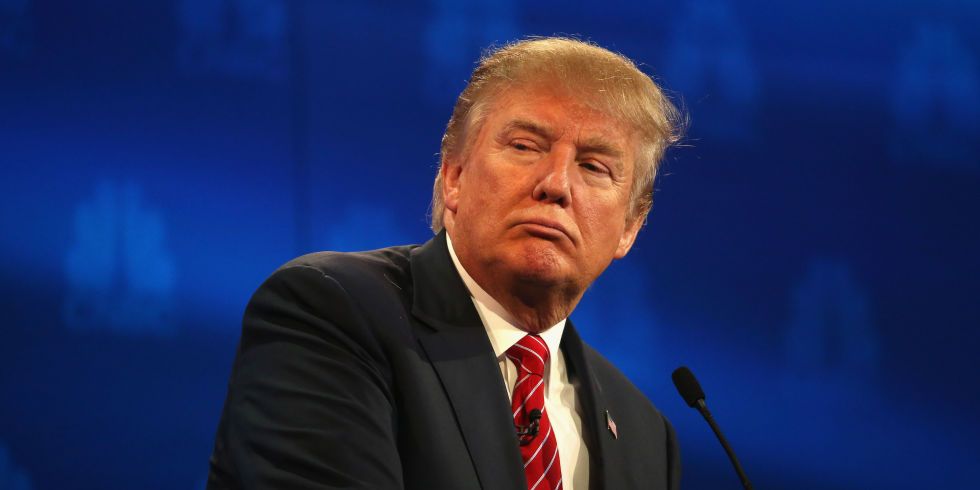 Last week, David McCraw, vice president and assistant general counsel of the New York Times, slammed Donald Trump in a scathing letter after Trump threatened to sue the newspaper for libel for publishing the detailed accounts of two women who came forward to accuse Trump of sexual assault. The Times letter reminded us of this story.

In December 2015, Trump threatened Miami healthcare magnate Mike Fernandez––a top Jeb Bush political donor––with legal action over Miami Herald newspaper ads that slammed Trump as a "narcissistic BULLYionaire." Fernandez did not notify the Bush campaign of his plans. “You have no idea how furious I am with my friends in the Republican Party who have embraced this guy,” Fernandez, who planned to run similar ads in Des Moines and Las Vegas newspapers, said at the time. Trump's attorney, Alan Garten, also sent a letter to James Robinson, the treasurer of Jeb Bush's Right to Rise (RTR) leadership PAC. Shortly afterward, Charlie Spies, the D.C. based counsel to RTR, sent a response.

In his opening salvo, Spies noted that RTR "has never produced, and has no plans to produce, advertisements against your client, or any political candidate for that matter." He further asserted that RTR was established to support conservative candidates through direct monetary contributions, writing that, in fact, "RTR has made almost $300,000 in contributions since its creation in January 2015. Unlike your client, we only support conservative candidates." (According to a Politifact breakdown, Trump's "loyalties have not been exclusive to Republicans: Trump has given $584,000 over the past 26 years to Democrats and he gave over $961,000 to Republicans over that same time.)

"It is possible you are confusing RTR with any number of federal independent expenditure-only committees (i.e. "Super PACs") that have exercised their First Amendment rights to educate the public about your client's public statements and stances on important public policy issues," Spies continued. He suggested that Garten "consult the Federal Election Commission's ("FEC") website (www.fec.gov) to familiarize yourself about the differences between Leadership PACs and Super PACs, or perhaps skim through the Supreme Court's decision in Citizens United v. FEC or the D.C. Circuit's decision in Speechnow.org v. FEC." (In both decisions, the courts held that freedom of speech prohibits the government from restricting corporations and labor unions from spending as much as they want to convince people to vote for or against a candidate.)

Spies also took Garten to task for what he called "litigious threats and bullying." Should Trump "actually be elected Commander-in-Chief, will you be the one writing the cease and desist letters to Vladimir Putin, or will that be handled by outside counsel?"

As a candidate for President, Spies continued, "your client is a public figure and his campaign should, and will, be fact-checked. The ability to criticize a candidate's record, policies and matters of public importance lies at the heart of the First Amendment, as courts have repeatedly recognized. If you have the time between bankruptcy filings and editing reality show contracts, we urge you to flip through the Supreme Court's decision in New York Times v. Sullivan." (In this decision, the Court held that the First Amendment "protects the publication of all statements, even false ones, about the conduct of public officials except when statements are made with actual malice (with knowledge that they are false or in reckless disregard of their truth or falsity).")

"If your client is so thin-skinned that he cannot handle his critics' presentation of his own public statements, policies and record to the voting public, and if such communications hurts his feelings, he is welcome to purchase airtime to defend his record," Spies wrote. "After all, a wall can be built around many things, but not around the First Amendment."

Lastly, Spies pointed out that federal candidates are prohibited from using corporate resources for campaign purposes according to the Federal Election Campaign Act and the FEC's regulations. Although Trump "may think he is above the law and be accustomed to using lawsuits to bail out his failed business deals," he wrote, "the Federal Election Campaign Act and the FEC's Regulations nonetheless apply to him and his campaign. Perhaps the attached complaint, filed today, will serve as a reminder of your client's legal obligations under federal election laws. Just as your client is attempting to quickly learn the basics of foreign policy, we wish you personally the best in your attempts to learn election law."