Former Republican Congressman Went on Fox News and Tried to Spread Lies About Democrats, But the Host Shut Him All the Way Down 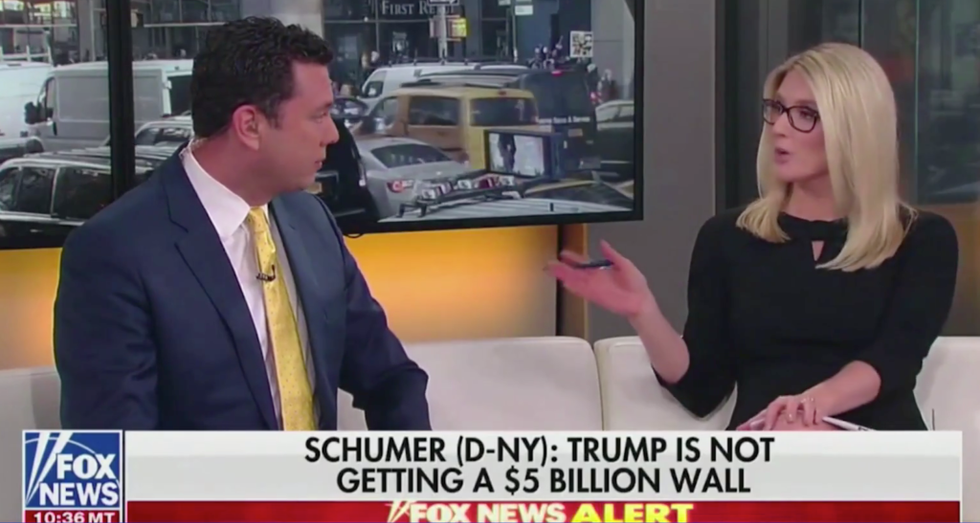 Though some of the network's highest earners are those who freely parrot falsehoods, Fox News does have employees who focus on the facts. Marie Harf proved that she's one of them in a heated exchange with former Republican Congressman Jason Chaffetz.

"I don't buy the Democrats on wanting to secure the border. They wanted to shut down ICE, they were encouraging on the caravan—"

That's when Harf stepped in. Chaffetz chastised the host for interrupting him and Harf's fellow panelists began to turn on her, but she still stuck by her guns:

"When he says things that aren't accurate on TV, I'm going to interrupt you. The Democratic caucus does not support shutting down ICE. Individual members talk about it, the caucus does not. Second, the Democratic party is not supporting the caravan. That is a conspiracy theory that has been repeatedly debunked online. Do not repeat it for our viewers. Please."

A shaken Chaffetz could only muster

"We disagree on that one."

Watch the tense moment below:

It's not often that falsehoods—especially those attempting to discredit Democrats—go unchecked on Fox News, which may be why Chaffetz only had his feelings to fall back on.

@mmfa Marie brings it to one of the boys who thinks he can just run over her....without a fact anywhere nearby
— NatIrvinII (@NatIrvinII) 1544557951.0

But when truth is featured on Fox News, it often ends up dividing the viewers.

Though Chaffetz was the one perpetuating falsehoods and conspiracy theories, Harf received heavy criticism from some of Fox's more devout viewers.

Though users dismissing Harf were not in short supply, those praising her weren't outnumbered. Many found respect for facts and accountability for falsehoods a refreshing sight on Fox News.

Fox remains the favorite network of President Donald Trump, but if hosts like Marie Harf keep holding those willing to lie on air accountable, that might just change.