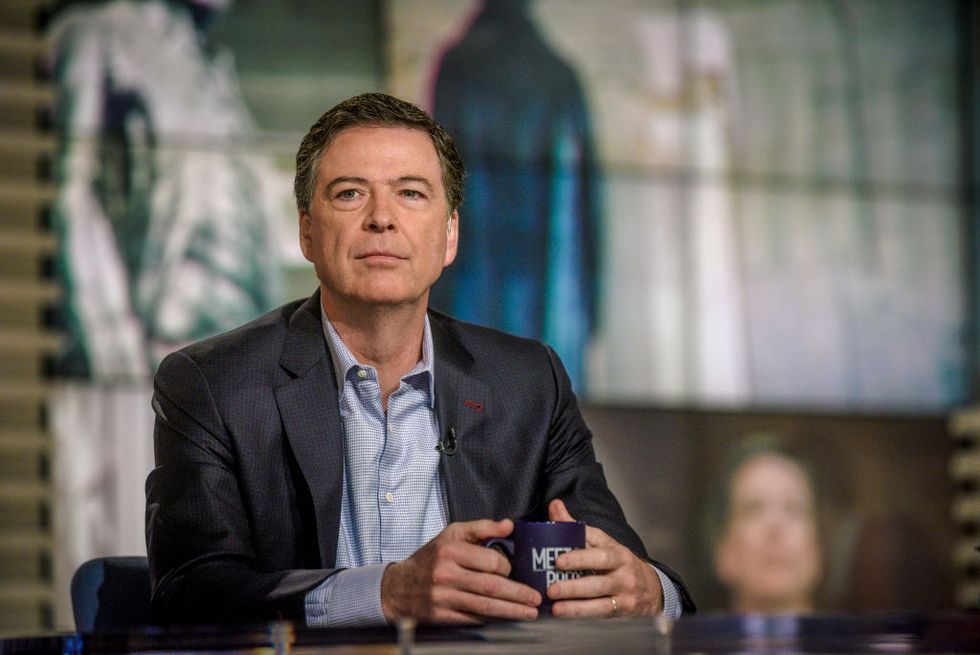 Former FBI Director James Comey is urging Americans to support Democrats and vote Republicans out of power in the November midterms, tweeting on Tuesday that "all who believe in this country’s values must vote for Democrats this fall."

Comey, a lifelong Republican, said Republicans have abandoned the ideal established by the Founders - that “Ambition must ... counteract ambition.”

This Republican Congress has proven incapable of fulfilling the Founders’ design that “Ambition must ... counteract… https://t.co/bq1Dp5DQtb
— James Comey (@James Comey) 1531878626.0

The final line of his tweet, "history has its eyes on us," is borrowed from the musical, Hamilton. It comes from History Has Its Eyes On You, a number sung by George Washington, Alexander Hamilton, and the ensemble.

The chorus, "history has its eyes on you," speaks to the idea that the outcome of our actions are not defined in the present, and that the impact of what we do in life will be judged by future generations.

The ambition Comey mentioned refers to President Donald Trump and his self-serving bromance with Russian President Vladimir Putin, to whom Trump has conceded any and all accountability for the attack on the 2016 presidential election.

On Tuesday, Trump attempted to walk back his remarks, which have been widely described as "treasonous," by claiming he meant to say, "I don't see any reason why it wouldn't be Russia."

"I accept our intelligence community's conclusion that Russia’s meddling in the 2016 election took place," the president added. "It could be other people also," Trump said, despite there being no evidence whatsoever indicating anyone but Russia was involved in the attack on our election.

Some on Twitter hit back at Comey with memes about Hillary Clinton's emails. Just days before the 2016 election, Comey announced the investigation into Clinton's private email server had been reopened, which many believe cost Clinton the election.

Others agreed with the former FBI director, who was fired by Trump in May 2017.

Trump "stood on foreign soil next to a murderous lying thug and refused to back his own country," Comey tweeted on Monday.

This was the day an American president stood on foreign soil next to a murderous lying thug and refused to back his… https://t.co/QJ67DyOKKS
— James Comey (@James Comey) 1531775179.0

Twitter voiced its support for the FBI in response to Comey's tweet, citing Trump's relentless attacks on the bureau and other American intelligence agencies.

Though Trump tried to reverse his stance on Russian election meddling, during his press conference with Putin, the president threw the FBI and the American intelligence community under the bus and revisited conspiracy theories.

The president called the investigation into Russian election interference a "rigged witch hunt," which is his favorite line of attack against the probe led by Special Counsel Robert Mueller.

“Where are those servers?” Trump asked of the DNC database the Russians hacked in 2016. “Where are Hillary Clinton’s emails?”

Trump then reveled in his own ambition, which Comey said should be counteracted, by boasting about his election victory.

“I beat Hillary Clinton easily … We won that race,” Trump reminded the world, lest we forget. “And it’s a shame that there can even be a little bit of a cloud over it … We ran a brilliant campaign and that’s why I’m president.”