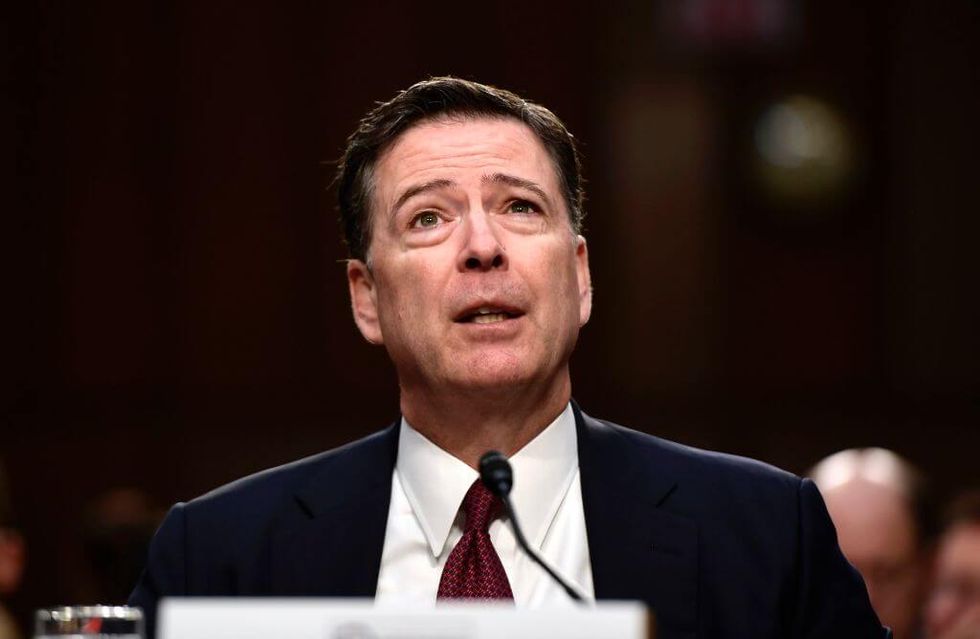 Former FBI Director James Comey is one of the most polarizing political figures of the decade.

Not to mention, Democrats haven't forgotten Comey's public announcement right before the 2016 election that a new batch of emails from Democratic nominee Hillary Clinton had been discovered, reinvigorating doubts about Clinton's security practices despite a years-long investigation that found no criminal wrongdoing. The emails turned out to be innocuous, but many believe the announcement was the deciding factor in Donald Trump's 2016 upset victory, including Hillary Clinton herself.

Nevertheless, Comey decided to tweet this on the first of April:

As it turns out, two and a half years wasn't enough time to mend the wounds of the 2016 election. The tweet was seen by many as insult to the injury of two Novembers ago.

@Comey You are responsible for ruining the election that @HillaryClinton would have won if you had kept out of it.
— bem (@bem) 1554147300.0

It appears the FBI is no longer employing the same scrutiny against private email servers that embroiled Hillary Clinton in years' worth of controversy.

Since Trump took office, his son-in-law and advisor Jared Kushner has communicated with foreign leaders through WhatsApp. Trump's daughter, Ivanka Trump, has frequently used a private email address since her father's inauguration. Just today, a whistle-blower at the White House revealed that the President reversed 25 security clearance denials—a move that experts have called "insane."

Hopefully Comey learned that some things aren't to be joked about—even on April Fools day.