Twitter's CEO Just Explained Why They Didn't Suspend Alex Jones's Account, and People Are Not Having It 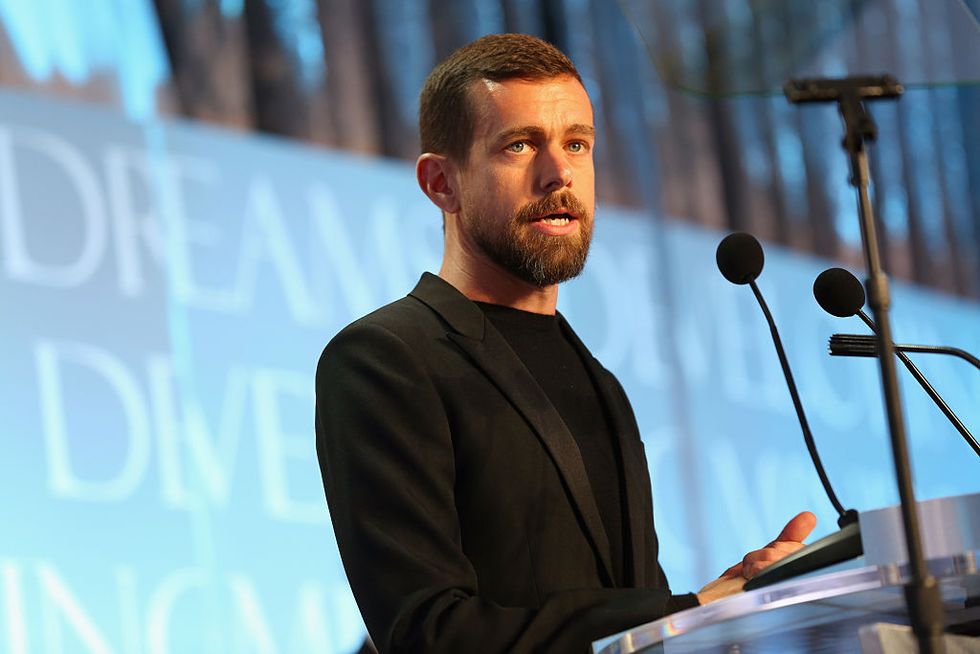 Twitter CEO Jack Dorsey provided an explanation for why Infowars personality Alex Jones's Twitter account had not been suspended despite his proclivity for hate speech and other violent rhetoric, but his claim that Jones "hasn't violated our rules" did not go over well.

"We know that’s hard for many but the reason is simple: he hasn’t violated our rules. We’ll enforce if he does," Dorsey wrote.

Dorsey conceded that Twitter had "been terrible at explaining our decisions in the past," but insisted the company would hold Jones and his behavior to the "same standard" every account is held.

Dorsey added that Twitter chooses not to "react to outside pressure" and prefers to stick to its own standards to determine which users are banned from the platform. In any event, he said, Jones's account is of value to journalists, who can "document, validate, and refute" the information he puts out, which has often been subject to heated criticism for propagating rumors and conspiracy theories.

Dorsey's explanation was immediately criticized by the Twitter community. Many questioned the purpose of allowing the man who claimed the 2012 Sandy Hook Elementary School shooting was a hoax and that the victims of the shooting were mere "crisis actors" to retain his Twitter account, particularly when platforms like YouTube and Spotify have chosen to suspend his accounts and cull Infowars and similar content from their platforms altogether.

One user accused Dorsey of "pretending, like facebook, that you are not the news media & bear no responsibility," a reference to Facebook CEO Mark Zuckerberg's similarly criticized explanations for why Facebook did not curb accounts owned by Russian operatives who ran Facebook campaigns which disseminated misleading information and sought to sow distrust for the American electoral process during the 2016 presidential election cycle.

@jack The parents of murdered kindergartners have had to move dozens of times because Alex Jones uses *your platfor… https://t.co/R2Ovq5ChhL
— Ned Pyle (@Ned Pyle) 1533690506.0

Another user summed the matter up this way:

Dorsey's explanation would likely not be well received by a group of law professors who specialize in free-speech issues. In a recent court filing, the First Amendment scholars, who hail from institutions like Rutgers University and the University of Chicago Law School, said Jones's content propagated “absurd conspiracy theories” and urged a federal judge considering a lawsuit against him not to allow him to cite First Amendment protections in a bid to continue to publish and distribute his material via social media platforms.

“False speech does not serve the public interest the way that true speech does,” the scholars wrote. “And indeed, there is no constitutional value in false statements of fact.”

The scholars also reject Jones's notion that videos like the type he shared on Infowars merely reflect his own personal beliefs:

It would allow unscrupulous news organizations to couch their language as ‘opinion’ and to mask their meaning with implication and insinuation... [leaving] readers clear as to the message but avoiding all liability for defamatory remarks. This should not be allowed and, in fact, is not allowed.

Infowars Official, the app named after Jones's radio show, has risen in popularity since Jones was banned from Youtube and the like. It is currently the fourth most popular news app in the United States that’s currently available in the Apple Store, according to public rankings.

The free app, which launched in June, streams live shows and written pieces from Jones and other conservative pundits. It also links to the Infowars store where visitors can buy T-shirts and skincare products. An Android version of the app is available in the Google Play Store; there, it jumped from being the 31st most popular news app to the 11th.

The spike in popularity comes after a number of major platforms dropped Infowars this week on the grounds that the show’s conspiracy theories violate community guidelines. Yesterday, Apple pulled five of Jones’ six Infowars-branded podcasts from its Podcasts app. Since then, Facebook, YouTube, Spotify, and others have all taken steps to remove Jones’ content from their platforms. Previously, the Alex Jones Channel had more than 2.5 million subscribers.

Jones attained a special notoriety following his harassment of Sandy Hook parents, and he eventually had several defamation lawsuits filed against him. In November 2017, Jones became the subject of heated criticism after he suggested that Devin Patrick Kelley, the shooter who killed 26 people at the First Baptist Church in Sutherland Springs, Texas, was a member of the leftist “Antifa” movement, a conglomeration of autonomous, self-styled anti-fascist groups nationwide.