Ivanka Reportedly Used Personal E-mail For Government Business Regularly During Her First Year in the White House, and People Can't Even With Her Response 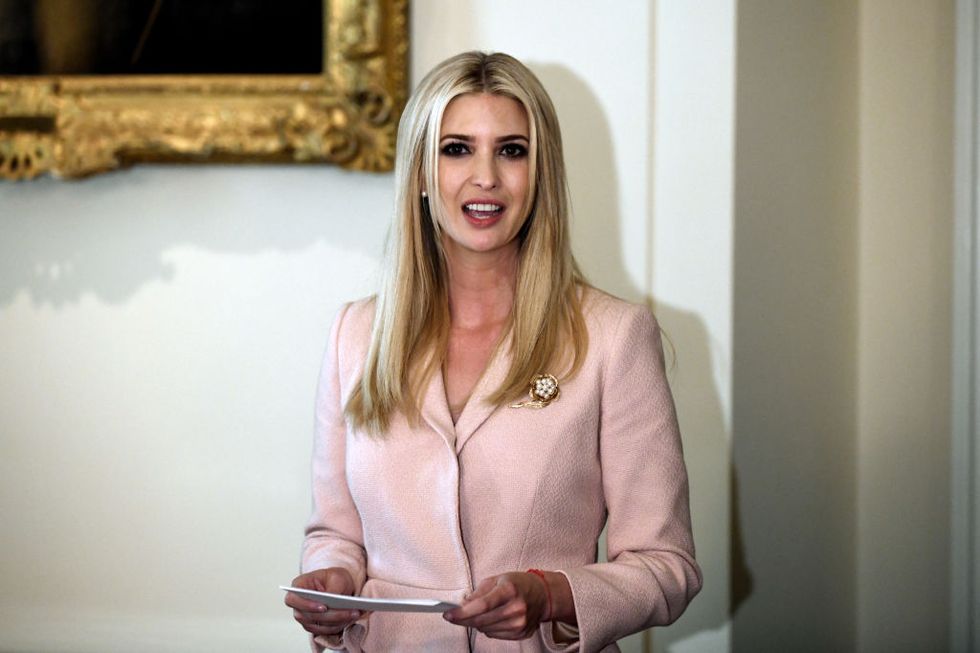 Ivanka Trump sent hundreds of emails from personal her personal email address to perform government business in 2017, many of them in violation of federal records rules, according to individuals familiar with a White House investigation of her correspondence.

When questioned about her use of private email, Ivanka Trump, said individuals with knowledge of her reaction to the investigation, claimed she was not familiar with some details of the rules, adding that she made sure that emails pertaining to government business, which she sent using a private email account with a domain she shares with her husband, Jared Kushner, were archived.

Ivanka Trump's father, President Donald Trump, before, during and since the 2016 presidential election made Hillary Clinton's use of a private email server a primary focus. The topic and the phrase "Lock her up!" has become a rallying cry for many who regard Clinton as untrustworthy. The president has often referred to Clinton as "Crooked Hillary" on Twitter and during interviews. It could be argued that the president built much of his political legitimacy on his opponent's use of a private email server.

Her reaction has left many crying foul; they further accused her and the Trump administration of hypocrisy.

Because they never actually cared about Hillary Clinton's "email problem." It was all fake outrage. https://t.co/zcv0C913lT
— Anne Applebaum (@Anne Applebaum) 1542695826.0

So Ivanka Trump is guilty of precisely the same misdemeanour for which her father and his supporters insisted Hilar… https://t.co/OfWhzhR7WE
— James O'Brien (@James O'Brien) 1542701270.0

What scares me is not that the White House won't see the hypocrisy of #IvankasEmails, but that people I know don't.
— Amy McGuire (@Amy McGuire) 1542715362.0

Peter Mirijanian, a spokesman for Lowell, acknowledged that Ivanka Trump occasionally used her private email before she was briefed on the rules. He stressed, however, that none of her emails––she discussed politics and official government business fewer than 100 times––contained classified information.

"While transitioning into government, after she was given an official account but until the White House provided her the same guidance they had given others who started before she did, Ms. Trump sometimes used her personal account, almost always for logistics and scheduling concerning her family,” he said in a statement.

Mirijanian said Ivanka Trump turned over all government-related emails so they could be be archived in compliance with federal records rules. He said that she never used a private email server in her home or office, saying: “Ms. Trump did not create a private server in her house or office, no classified information was ever included, the account was never transferred at Trump Organization, and no emails were ever deleted."

Ivanka Trump's use of private email after Austin Evers, executive director of the liberal watchdog group American Oversight, filed records requests. He cast doubt on her explanation that she was not aware of the rules regarding government officials' use of private email.

“There’s the obvious hypocrisy that her father ran on the misuse of personal email as a central tenet of his campaign,” Evers said. “There is no reasonable suggestion that she didn’t know better. Clearly everyone joining the Trump administration should have been on high alert about personal email use.”

Those close to Ivanka Trump claim she did not have malicious intentions for using her private email. After she explained that she was not aware of the rules regarding federal record-keeping, White House officials discovered "she had not been receiving White House updates and reminders to all staffers about prohibited use of private email," according to individuals with knowledge of the matter who spoke to The Washington Post.

Back in 2016, then-candidate Donald Trump claimed that Hillary Clinton shrouded her email use "so the [ublic wouldn't see how she got rich- selling out America."

The president has made similar claims since the election, though he has refused to release his tax returns and has not divested himself from his personal business.

A lawsuit filed by the attorneys general of Maryland and Washington, D.C., accuses the president of violating the emoluments clause of the Constitution, which bars U.S. officials, elected or appointed, from accepting gifts or payments from foreign entities without receiving congressional approval.

The suit contends that President Trump is profiting from his Trump International Hotel in D.C. and that foreign leaders have leveraged bookings and parties at the space to curry favor with the president.