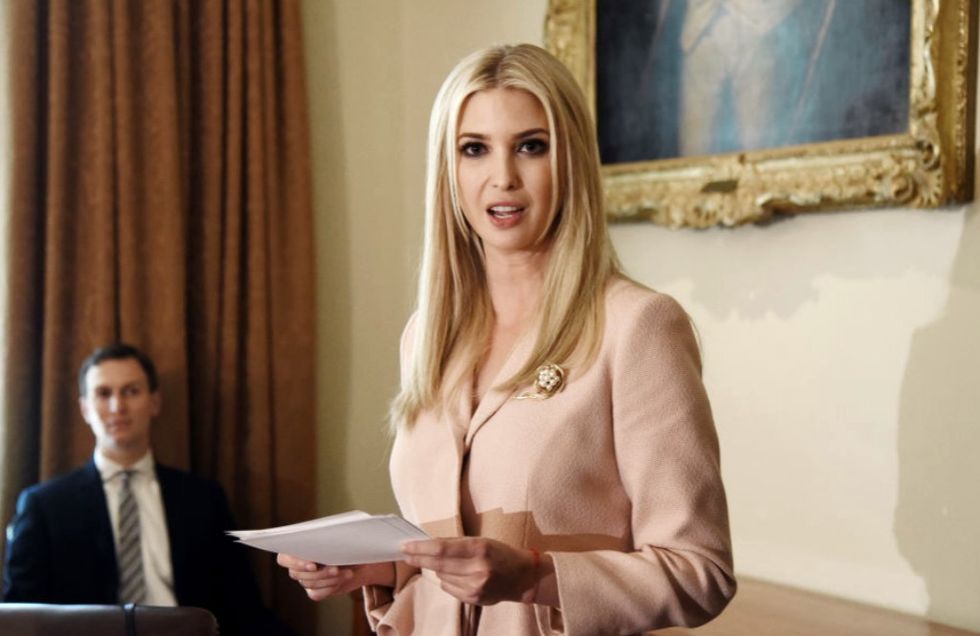 Ivanka Trump speaks during a cabinet meeting in the Cabinet Room of the White House, July 18, 2018 in Washington, DC. (Photo by Olivier Douliery/ Abaca Press/Getty Images)

Supporters of President Donald Trump celebrated on Sunday when Attorney General William Barr sent his summary of the Mueller report to Congress.

Barr said in a letter that Special Counsel Robert Mueller found no evidence of direct collusion between the Trump campaign and Russian operatives in an effort to influence the 2016 election. On whether or not the President attempted to obstruct justice with the firing of former FBI Director James Comey and other officials, the Special Counsel's findings were inconclusive.

The full report has yet to be seen by anyone, and lawmakers on both sides of the aisle are calling for it to be released to the public, but despite the contents not being known, Republicans across the country are presenting Barr's letter as a "total exoneration" of Mr. Trump.

Among them are his daughter, Ivanka.

@IvankaTrump You and your family are predatory grifters and your father is an amoral blight on our nation. You should dial it down a bit...
— John Pavlovitz (@John Pavlovitz) 1553483873.0

Not to mention, defending Trump against so-called slander is rather rich.

For years, he claimed former President Barack Obama wasn't an American and demanded his birth certificate, that President Obama wiretapped him, that the Democrats were the ones who really conspired with Russia, that Ted Cruz's father was involved in the Kennedy assassination, and countless other lies.

While Trump supporters will certainly cite Barr's letter until the 2020 election and onward, but at least they no longer seem to think that the investigation is a 'witch hunt.'