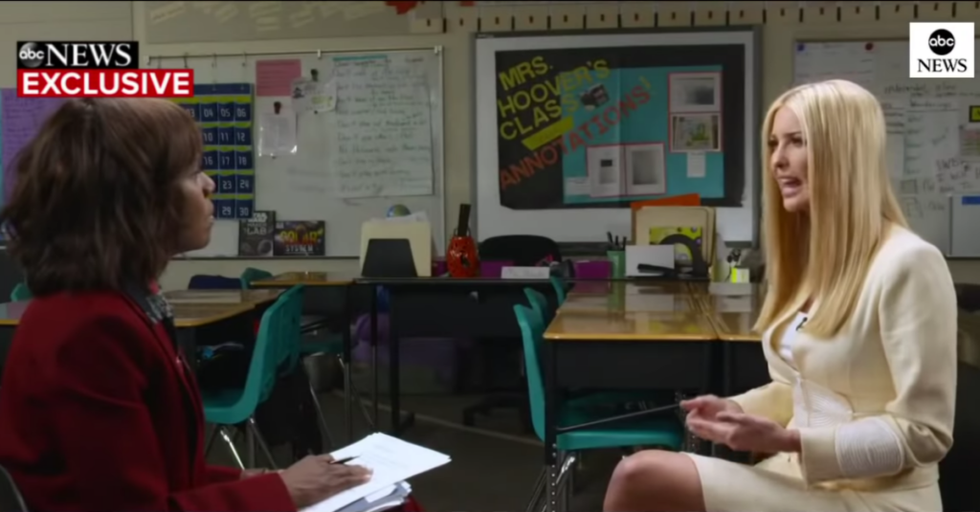 In an ABC News interview for Good Morning America, reporter Deborah Roberts spoke at length with First Daughter and White House adviser Ivanka Trump. Topics ranged from Ivanka Trump's own agenda for her tenure at the White House to her father's policies and rhetoric.

Of particular interest was the younger Trump's reaction to images from the border, which she called "devastating." However, when asked about her father's authorization of the use of lethal force, she claimed it never happened.

"Your father has authorized lethal force, he says if necessary, does that concern you?"

"I...don't believe...that's what he said, but his primary role as commander in chief is obviously to protect the nation’s borders—he has to protect our country’s security. But I don’t...lethal force in this case would—that is not I think something that anyone is talking about.”

However, Roberts pointed out that the President made the statement on camera just days before.

So Ivanka changed her answer. She stated:

Roberts later said she thought Ivanka Trump truly did not know about her father's statements, based on their conversation. But others were not so generous toward the First Daughter.

Many criticized her backtracking and failure to do more than provide lip service to causes she claimed to champion.

Others questioned why ABC News did the Good Morning America interview in the first place.

The interview took place in a school in Idaho. The First Daughter hoped to show what she works on as a White House adviser; however, her goal for the interview was overshadowed by her father's scandals and her own.