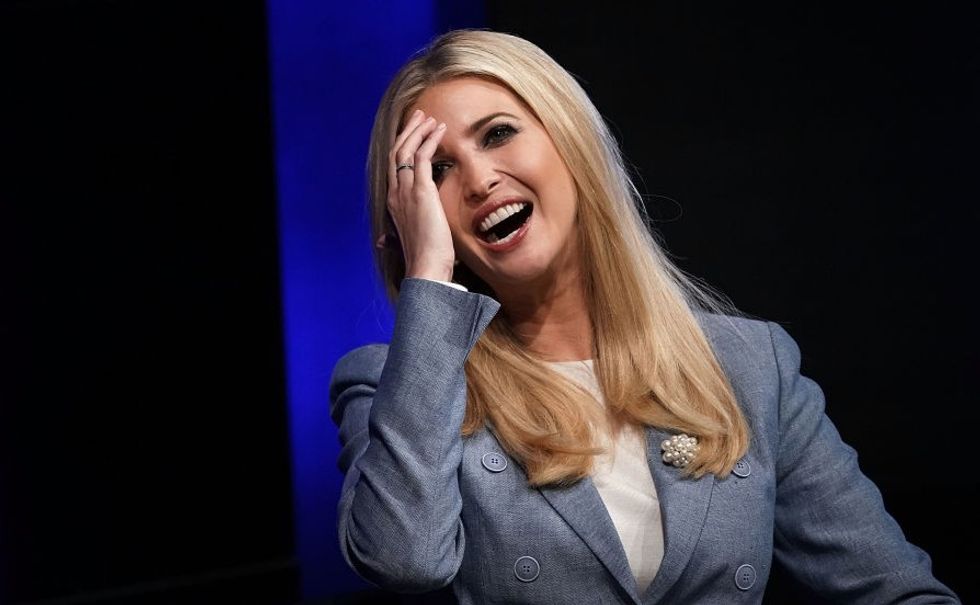 "Today, on #LaborDay, let’s also recognize the amazing stay-at-home parents across America, who seldom receive the credit they deserve for the invaluable work that they do, as they nurture and raise the next generation of American workers! Thank you!

It wasn't the first time the First Daughter's message drew criticism for being tone deaf.

Many brought up the fact that staying home with your children became a privilege most families can no longer afford.

When federal labor and housing statistics show working a 40 hour work week at the current federal minimum wage fails to meet average housing costs in every state in the United States, such a message from a White House official takes on a worse light. White House advisers carry an expectation of being familiar with the state of the country and citizens they ultimately work for.

@IvankaTrump Very few are home get the stats they have to work to survive, let’s not forget the Moms that’s working… https://t.co/YHK7La8eZD
— charlene green (@charlene green) 1536032081.0

People cited staying home as a privilege of the wealthy, not attainable by the average US worker in 2018.

@IvankaTrump how about the single mom working 2 or more jobs just to keep her kids fed and clothed who can’t afford decent childcare and
— Cindy Shelton🇺🇸 (@Cindy Shelton🇺🇸) 1536005786.0

@IvankaTrump @realDonaldTrump Who can afford to be a stay at home parent? You Trumps are so out of touch with reali… https://t.co/3Lc5vNeNRj
— David Hawkins (@David Hawkins) 1536022958.0

Others questioned Trump's understanding of what Labor Day is about.

@IvankaTrump Labor Day is about Unions. It's about protecting the workers. It has a history. #UNIONS
— lauren flick (@lauren flick) 1536026511.0

At the end of the 19th century, during the rise of the labor movement's fight for safer working conditions and employee rights, unions and other labor organizations proposed a day to honor workers. According to the official description,

"Labor Day honors the American labor movement and the contributions that workers have made to the strength, prosperity, laws, and well-being of the country."

Many who responded to the Trump tweet felt the First Daughter ill suited to speak to that topic.

@IvankaTrump So those who work not one but two jobs can’t nurture future generations of Workers? this tweet is prob… https://t.co/Q6HKo0uhr2
— melmelkaykay (@melmelkaykay) 1536033486.0

While others brought up Ivanka Trump—the now defunct brand name—as in the following tweets.

People took Trump to task for her own long history of hiring cheaper foreign labor for her company instead of paying even minimum wage and providing safe working conditions in the United States.

@IvankaTrump American kids are not good enough for you or Dad. All your knock off or stolen Italian designs are mad… https://t.co/mOwXAPW6K5
— Mary Rose (@Mary Rose) 1536037822.0

While others raised an issue Trump vowed to work on while at the White House: paid parental leave.

@IvankaTrump @realDonaldTrump Would this be a good time to ask about that paid parental leave?
— Mae Rogers (@Mae Rogers) 1536025043.0

For many who responded, the tweet just rang hollow. Tweet much about what you believe or support, but where are the results?

In the end, it became just more sound and fury, signifying nothing.