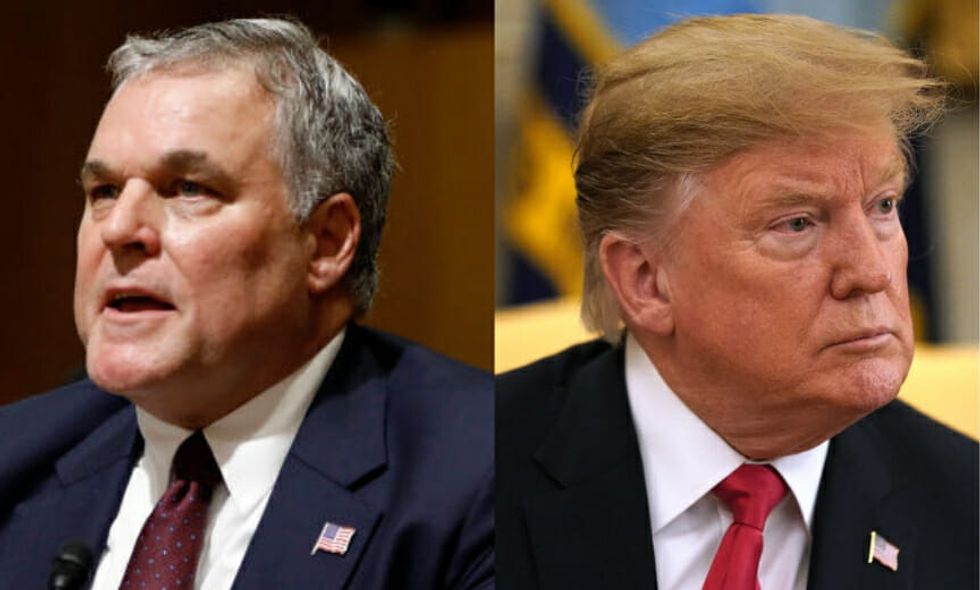 President Donald Trump's tax returns and his infamous decision to conceal them from the public have been a source of controversy since before his election in 2016. Many have speculated that Trump is avoiding releasing his returns because they'd give insight to problematic, perhaps even criminal dealings.

Trump's rather consistent excuse for the past two and a half years has been that he's under audit and must release them after that audit is complete. Many have pointed out that audits don't hinder the process of releasing tax returns.

Maybe Trump will believe that now that Internal Revenue Service Commissioner Charles Rettig had to answer the question directly for a House Appropriations Committee panel, which requested that Rettig release Trump's returns to them last week.

Rettig's answer as to whether or not tax returns can be released while under audit is pretty straightforward.

"I think I've answered that question. No."

While Rettig hesitated to get into specifics regarding the President, he conceded that audits do not prohibit a person from releasing their tax returns.

@NBCNews He answered it. There’s no rule to prohibit the release of Trump’s tax return despite being under audit.… https://t.co/icJpn8BKcH
— MCoxley (@MCoxley) 1554879446.0

But many questions remain about the audit, like: Does it exist? If it does, why has it continued for so long?