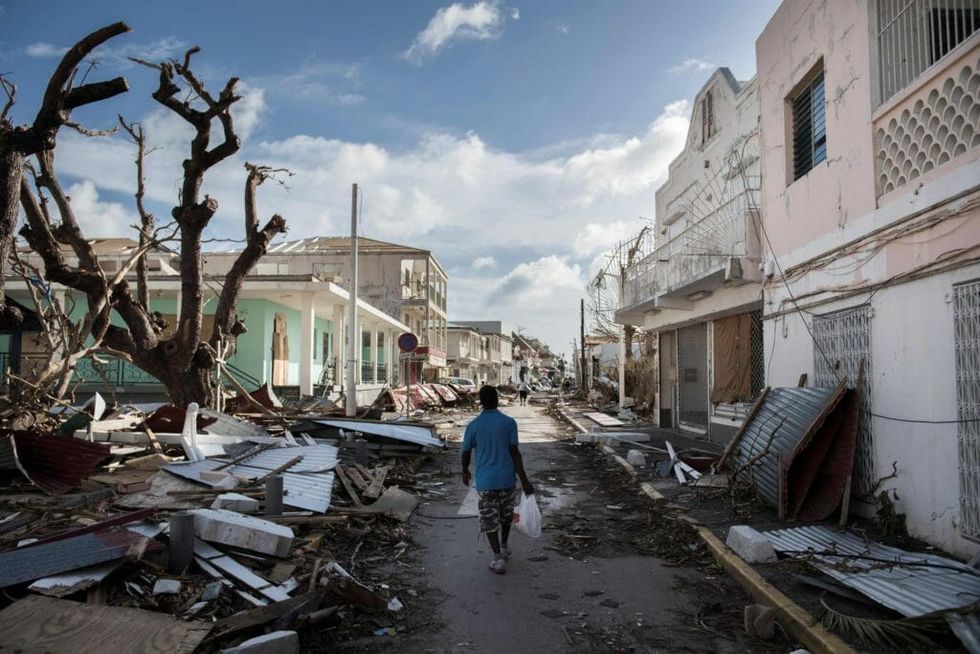 After leaving a path of destruction across the Caribbean Islands and Florida, Hurricane Irma downgraded to a tropical storm this morning, though this has done nothing to quell its continuing torrential rain and violent winds in Florida and Georgia. Surprisingly, Puerto Ricans were spared the worst of the storm and are now rallying to aid their neighbors.

Though Puerto Rico expected a head-on collision with Irma at literally the most inopportune time, as the country experiences a crumbling infrastructure and fiscal crisis, they only received a glancing blow compared to other islands and much of southern Florida. Still, Irma left Puerto Rico with at least 12 dead, flattened homes, widespread flooding, and over 1 million without power.

Other islands in the Caribbean were not so fortunate, as Irma battered the islands of Barbuda, St. Bart, St. Thomas and others, and left 95% of St. Martin utterly flat and demolished. Daniel Gibbs, chairman of the council on St. Martin, is reeling from the devastation:

“It is an enormous disaster… I am in shock”

Despite Puerto Rico’s own damages and financial troubles, it has become an emergency hub for the neighboring islands, delivering both government aid and an outpouring of civilian sealift support.

At least 1,200 mostly American citizens have been evacuated by aircraft from St. Martin and St. Thomas, including more than 50 patients taken directly to one of the 42% of Puerto Rican hospitals still operating via the use of generators.

Civilian Puerto Ricans are stepping as heroes and volunteers, donating water, clothing, first aid and other supplies, and sailing their personal boats to the islands to rescue their now-homeless neighbors who have lost everything. Many of these boats have returned from St. Thomas crowded with people.

Puerto Rican Martita Rivera, who along with her husband has set up a donation center, spoke of the bonds and affinity she has with many of her island neighbors: