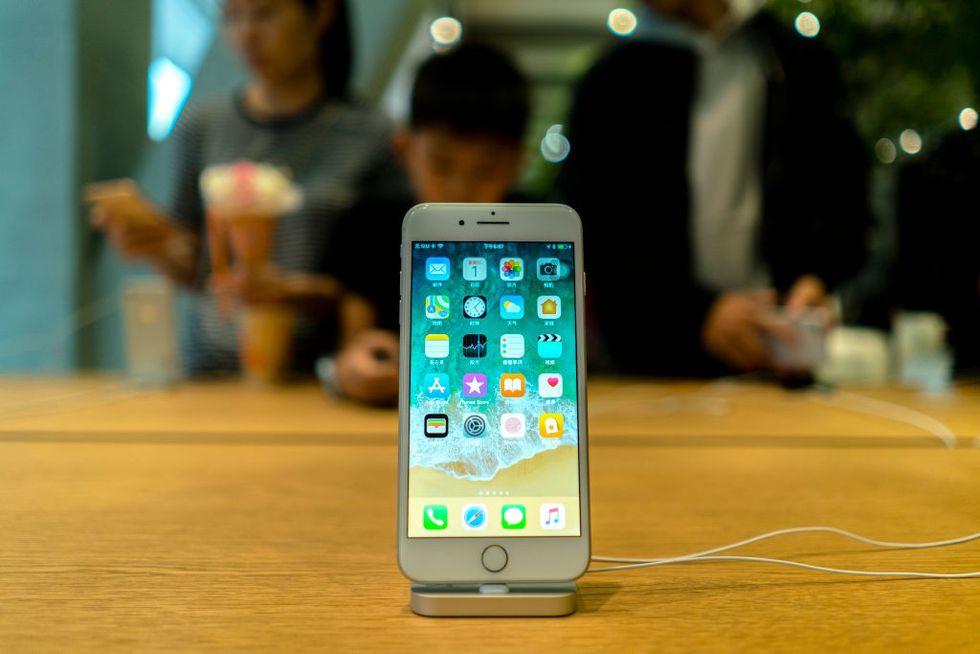 TIANJIN, CHINA - 2017/10/01: Chinese customers are trying the new iPhone 8 in an Apple store. In Sept., iPhone 8 arrived on the market, but in many Apple retail stores around the world queues disappeared, especially in China, even though the actual selling price has declined, which is very rare. (Photo by Zhang Peng/LightRocket via Getty Images)

A court in Munich has ruled in favor of Qualcomm Tech against Apple—whom it alleges infringed patents on the tech company's battery-saving technology.

Apple plans to appeal the verdict, however Qualcomm paid a €1.3 billion ($1.2 billion) bond to get the iPhone models 7 and 8 (the models which use the technology in question) off the shelves in Apple stores and third-party locations alike. Only the iPhone XS and iPhone XR will be available to purchase for the time being.

Under German law, court verdicts can be enforced despite ongoing appeals, provided the winner of the suit pays a bond to cover damages should the appeal overturn the previous verdict, so that $1.2 billion would go to Apple should it win on appeal.

The court's conclusion couldn't come at a worse time for the company, whose stock plummeted 10% after it lowered its expected profits in response to a decrease in Chinese demand resulting from another injunction requested by Qualcomm. With the announcement, Apple fell to the fourth slot of the United States' biggest companies—a slot which it used to dominate.

What's more, this may not be the last time iPhone models using the battery-saving technology are forced off the shelves.

Qualcomm—based in California—has sought restitution in the United States as well.

For its part, Apple is remaining steadfast in its assertion that Qualcomm's case is bogus.

"Qualcomm's campaign is a desperate attempt to distract from the real issues between our companies. Qualcomm insists on charging exorbitant fees based on work they didn't do and they are being investigated by governments all around the world for their behavior."

Qualcomm has faced investigations on multiple continents for predatory pricing and monopolistic practices.

Apple faces a substantial threat should it lose its appeal.

Not only would two of the top-selling models be stripped from circulation, but the battery-saving technology that helped allay some of the biggest consumer complaints regarding iPhones—their battery life—could be disallowed as well.

The improvements to the battery technology have been lauded by consumers.

@hjgage can vouch that the new iPhone battery is so much better than its predecessors 😊
— Dollymarie (@Dollymarie) 1484991917.0

Apple will have to go back to the drawing board should it fail to get the verdict overturned.