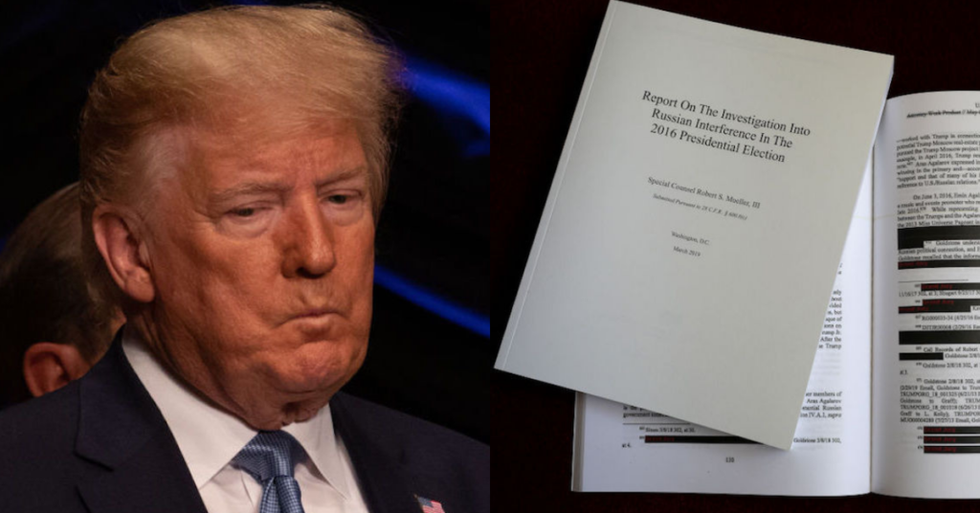 On Wednesday, Insiderposted an unusual article online. The title?

A note from the editors stated:

"It feels as if nobody read the Mueller report. That's a shame, because it's an important document, depicting possible crimes by a sitting US president."

But they were very understanding of why people skipped reading it.

"But not reading it makes sense. As a narrative, the document is a disaster. And at 448 pages, it's too long to grind through. For long stretches, it reads less like a story and more like a terms-of-service agreement. The instinct to click "next" is strong."

However, despite the chore of reading the Mueller Report, Insider still says it is important for people to do.

"And yet, buried within the Mueller report, there is a narrative that reads in parts like a thriller, like a comedy, like a tragedy — and, most important — like an indictment. The facts are compelling, all the more so because they come not from President Donald Trump's critics or 'fake news' reports, but from Trump's own handpicked colleagues and associates. The story just needed to be rearranged in a better form."

They knew they needed to come up with a solution, so they got creative.

"So we hired Mark Bowden, a journalist and author known for his brilliant works of narrative nonfiction like 'Black Hawk Down,' 'Killing Pablo,' and 'Hue 1968.'"

The ask for Bowden?

"Our assignment for him was simple. Use the interviews and facts laid out in the Mueller report (plus those from reliable, fact-checked sources and published firsthand accounts) to do what he does best: Tell a story recounting Mueller's report that's so gripping it will hold your attention (and maybe your congressional representative's)."

And to make the Mueller Report even more digestible by the masses, Insider knew pictures were needed.

"We also hired Chad Hurd, an illustrator from the art department of 'Archer.' We asked him to draw out scenes from the report to bring them to life."

• Then the Office of the Special Counsel was created and it was announced that Trump was being investigated, suspec… https://t.co/ijTJmX9VJl
— Insider (@Insider) 1562765286.0

An epic rewriting of the most important epic that no one read: We rewrote and illustrated the Mueller report so you… https://t.co/KuiqLa7pGP
— B. Goggin (@B. Goggin) 1562768394.0

So if you haven't read the Mueller Report, here is your chance.

A print version of the full Mueller Report, in its original form, is available here.