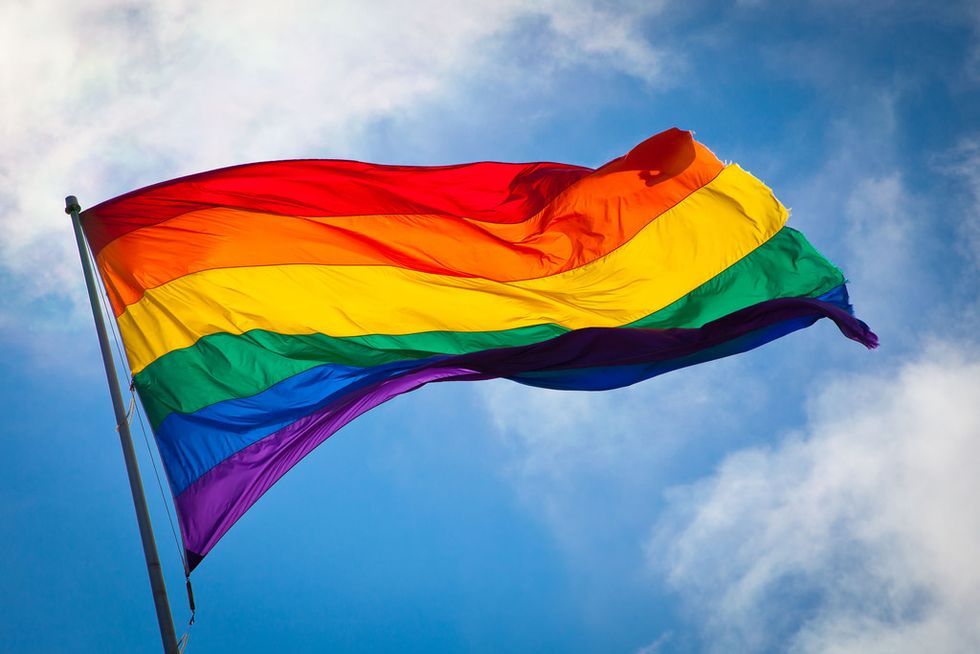 The good news is that Illinois Governor Bruce Rauner has signed a bill into law that prohibits defendants from using the gender identity and sexuality of their victims as a motive for violence. Illinois is the second state to do so following California’s precedent in 2014. This means the state’s courts will no longer recognize the argument that the LGBTQ community poses a threat to society, which has been used for the past 50 years to justify the actions of their murderers. The bad news is that this argument is still a legal murder defense in 48 other states.

Back in 2013, the American Bar Association (ABA) urged federal, state, and local governments to legislatively ban the use of the gay and trans panic defenseby criminal defendants. Yet to this day, in every state except for California and Illinois, a person can use this courtroom strategy to excuse the assault or murder of another human being, explaining it as a reasonable response to an otherwise irrational fear of gay and trans people.

The defendant’s justification for their crime rests solely on the excuse that the victim’s sexual orientation caused the defendant’s uncontrollable violent reaction toward the victim. This pseudo psychiatric condition, known as homosexual panic, was once thought to a be a symptom of sexual perversion. Today though, the American Psychiatric Association no longer recognizes homosexual panic as a formal diagnosis of mental illness.

Nevertheless, the defense in these cases claims temporary insanity on the grounds that the defendant finds same-sex sexual advances so offensive and frightening that they are overcome by a psychotic rage of unusual violence.

Cynthia Lee, Professor of Law at George Washington University, found in her analysis of the “gay panic” that the defendants in all the cases studied were heterosexual males. In the opening statement of her 2008 published article on the subject, she specifically states that straight men have exclusively used the gay panic defense: “‘Gay panic’ refers to the situation when a heterosexual man charged with murdering a gay man claims he panicked and killed because the gay man made an unwanted sexual advance upon him.”

First used in a United States court of law in 1965, this defense created a dangerous legal precedent. It puts the victim on trial, feeds on hatred and fear, and gives permission for legal, justifiable murder in non-life-threatening situations.

Christopher Clark, Midwest Regional Director for Lambda Legal, explains in a statement why this defense frightens the LGBTQ community: “‘Gay panic’ and ‘trans panic’ defenses rely on anti-LGBT bias and reinforce it, perpetuating a vicious cycle of violence against our communities.” Professor Lee labeled the gay panic argument as problematic because it “reinforces and promotes negative stereotypes about gay men as sexual deviants and sexual predators.”

The gay and trans panic defense flips the script, creating a false-narrative in which the assailant is the victim of homosexual seduction, and the victim is the guilty aggressor. The implication is that antiquated religious ideals of sexual virtue are valued above human life. The purpose is to persuade juries to give a verdict of “not guilty,” and judges to lessen the punishment due to mitigating circumstances.

In the opening segment of her February 29, 2008, daytime talk show, Ellen DeGeneres responded to the news that a teenager in California had been murdered by his classmate for expressing his love to him:

“On February 12th, an openly gay 15-year-old boy named Larry who was an eighth-grader in Oxnard, California was murdered by a fellow eighth-grader named Brandon. Larry was killed because he . . . was gay. Days before he was murdered, Larry asked his killer to be his Valentine. [...] Somewhere along the line the killer Brandon got the message that it’s so threatening and so awful and so horrific that Larry would want to be his Valentine that killing Larry seemed to be the right thing to do. And when the message out there is so horrible, that to be gay you can be killed for it, we need to change the message.”

A History of Reasonable Horrible Murder

The defense became popular in the United States in the 1960s, used by attorneys representing male defendants who had murdered male victims. Joseph Rodriguez was accused of beating an old man to death in an alley on September 26, 1965. During his trial he testified that the old man touched him from behind while he was urinating, and that he feared he was about to be molested. Rodriguez was convicted of second-degree murder.

Historically, the gay panic defense has been used in cases where the defendant does not deny their actions. Their guilt and complicity of the crime itself are without question. While the defense is usually not successful in convincing judge and jury of the defendant’s purported insanity, nor resulting in an acquittal, it has been used to reduce the severity of the charges and sentences. The reduction happens because of a widespread bias that sees homosexual solicitation as a mitigating factor.

For example, in 1995, Scott Amedure surprised his friend Jonathan Schmitz during an unaired taping of the Jenny Jones show, confessing his romantic feelings to him. Three days later, Schmitz murdered Amedure with a 12-gauge shotgun in the victim’s own home. He was charged and found guilty of second-degree murder, spent 23 years in prison, and was released from prison on parole in August of this year.

Gwen Araujo was brutally beaten to death at a house party in Newark, California in 2002. This happened after the men with whom she had just previously had sexual relations discovered she was a transgender woman. The men were convicted of second-degree murder and lesser charges.

This is Gwen Araujo, who was murdered for being transgender. Her killers successfully employed a "gay panic" defens… https://t.co/hHmQkiCVnn
— Brianna Wu (@Brianna Wu) 1489602552.0

Brandon McInerney pleaded guilty in 2011 to second-degree murder and the voluntary manslaughter of classmate Larry King, receiving 21 years in prison.

Lawrence Reed, who murdered Mississippi mayoral candidate Marco McMillian in 2013, claimed that his victim was to blame due to his unwanted sexual advances.

Like in California, the new law in Illinois puts an end to this defense within the state. The summary of the bill reads as follows:

“A non-violent sexual advance, nor the discovery, knowledge, or perception of a person's sex or sexual orientation, including under circumstances in which the defendant and victim dated or had a romantic or sexual relationship, cannot be mitigating factors relevant to the imposition of the death penalty for first degree murder [...] Also provides that the same conduct does not constitute serious provocation for second degree murder.”

Four years ago the ABA House of Delegates unanimously passed a resolution that beseeched all levels of government to put an end to the gay and trans panic defense in criminal courts. The resolution states that “the defense has no medical or psychological basis,” and that claims of insanity or diminished capacity are “inappropriate.”

D’Arcy Kemnitz, the executive director of the National LGBT Bar Association who helped forward the resolution, described the defense as an archaic remnant from a time of widespread antipathy that viewed LGBT lives as lesser than others. The resolution recommends that courts instruct juries to ignore the victim’s gender and sexual orientation, and that legislative bodies should create new laws banning the defense altogether. Professor Lee cautions against these recommendations, concerned that such a ban would not undermine the argument but instead bolster support of it in numerous states.

While Clark hopes that other states will follow Illinois’ recent example, the fact remains that Illinois and California are the only states that have successfully enacted the ABA’s resolution in the subsequent four years. Of the two, only Illinois’ bill was a unanimous vote. In 2015 both Pennsylvania and New Jersey lawmakers attempted to ban the defense, but their efforts died in committee due to lack of support and interest. Anthony Michael Kreis, a Chicago law professor who drafted the Illinois bill, says his state’s new law is important nonetheless:

“This historic vote is an important advancement for LGBTQ civil rights. It sends a clear message – at a time when LGBTQ people are disproportionately targeted as victims of violent crimes – that no person's sexual identity is a valid reason to inflict harm.”

Hopefully Kreis is right, and that unlike California three years ago, this time Illinois’s banning of the gay and trans panic defense will provide a catalyst for change. As of now, the National LGBT Bar Association, an affiliate of the ABA, reports that similar legislation is pending in Washington, the District of Columbia, and again in New Jersey.

Once more the respective bills are under the review of judiciary committees, which is where prior attempts at reform have stalled and died. DC Councilmember David Grosso is concerned that his District’s bill will fall victim to the same reason that the previous Philadelphia and New Jersey bills failed.

"At this point, it's just bureaucracy and time that's the opposition to legislation like this," he said, even when that legislation seeks to protect human rights. “A person just being who they are causes them to be beaten up? That shouldn’t be used in any sense, in any way, as a defense.”