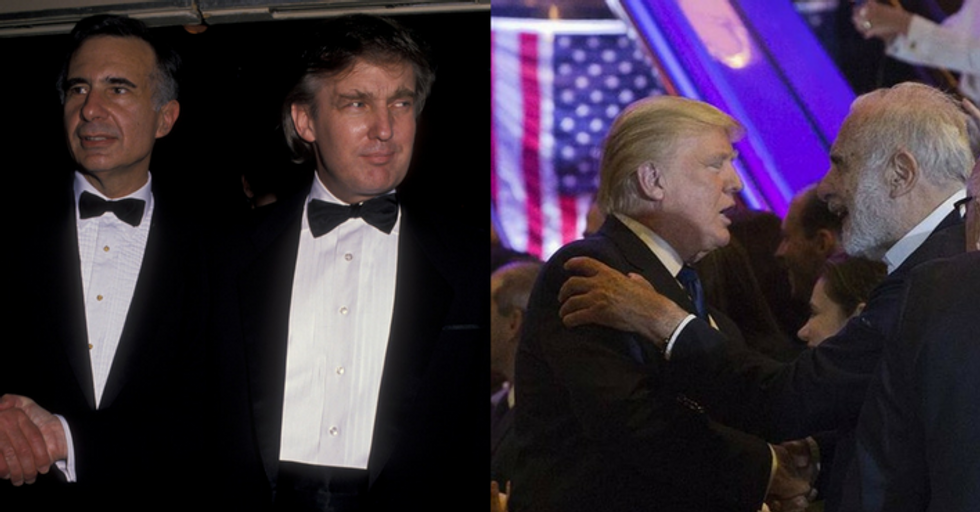 In a move that now raises eyebrows, billionaire investor and longtime confidant of President Donald Trump, Carl Icahn, sold $31.3 million of stock in a company heavily dependent on steel last week. The sale was filed with the U.S. Securities and Exchange Commission (SEC) on Thursday, February 22.

The move came just in time; only a week before Trump announced plans to impose tariffs on steel imports. That announcement caused stocks in companies heavily dependent on steel, like the one Icahn dumped his stock from, to fall overnight.

Icahn systematically sold off nearly 1 million shares of Manitowoc Company Inc., as disclosed in his SEC filing. Manitowoc describes their company as a “leading global manufacturer of cranes and lifting solutions”. Higher steel prices would negatively impact the company.

The U.S. attorney's office in Manhattan issued subpoenas to Icahn's company in November 2017. Prosecutors investigated whether Icahn pushed for a federal policy change that benefited one of his investments while serving as an adviser to President Donald Trump.

Trump named Icahn as "special adviser" on matters of regulatory reform in December 2016. But Icahn resigned in August to avoid what he called "partisan bickering" about his position in the administration.

His resignation followed a CNBC investigation into potential conflicts of interest and just before The New Yorker questioned whether he had broken any laws.

Recall that a year ago, Bloomberg reported that, while working as a Trump adviser, Carl Icahn lobbied for a rule ch… https://t.co/UsDCnd0RX4
— Matt Ortega (@Matt Ortega) 1520005702.0

As expected, Manitowoc stock dropped, losing about 12 percent of its value as of 10:20 a.m. Friday, trading at $26.21. Icahn's SEC filing reveals he began slowly selling the stock beginning on February 12 and ending on February 22, when he was able to sell the stock for $32 to $34.

The gradual sales failed to raise any red flags among other investors which would have caused the stock to drop before Icahn was able to divest.

Icahn's activity in trading Manitowoc stock remained stagnant for 3 years prior to February 12. According to regulatory filings, he neither bought nor sold shares of Manitowoc between January 17, 2015 and February 11, 2018.

The Commerce Department initially announced their recommendation to impose tariffs on February 16. Stock prices didn't drop drastically until Trump's announcement on March 1. Icahn however began selling his stocks before either announcement.

Icahn and Trump maintain close ties going back decades. Trump often used Icahn’s name during his presidential campaign. Once elected, Trump made Icahn a “special adviser” before he had even picked all of the members of his pending administration.

Icahn, like the president himself, failed to distance himself in any way from his many diverse business holdings before or after accepting the position.

And it turns out, Icahn may be just the tip of the iceberg.