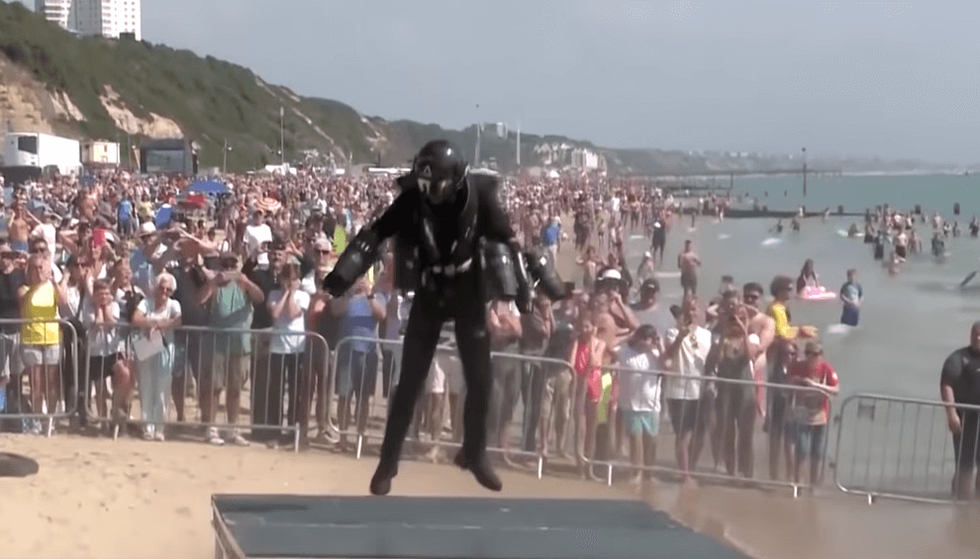 Since Wilbur and Orville Wright first set their plane aloft in Kitty Hawk, North Carolina, humans have had our eyes on the skies.

The folks at Gravity Industries are continuing this tradition with a fully functioning flight suit—sometimes referred to as Dadaelus—with small jets attaching to the wrist and a larger one strapped onto the back.

One of TIME's Best Inventions of 2018, the suit is the brain child of Richard Browning who began working on a similar suit in 2016. With each year, he's improved the invention more and more. With over 1000 horsepower, the suit is often compared to Iron Man's.

In an interview with Quintessentially, Browning described the feeling of flying. It sounds similar to the exhilaration the Wright Brothers must have felt in Kitty Hawk that day:

"That unprecedented sense of freedom as your feet leave the ground and you're up in the air, well, nothing can really describe that. That was a big moment. You feel at peace floating up in the air, and yet there's this incredible energy coming from the thrust power of the jet-fueled engines. Quite incredible."

But the price may be prohibitive.

But people can still dream.

In addition to the suits, Gravity Industries also teaches flight classes, performs demonstrations, and allows some lucky guests to try the suit out for themselves.

It may not be quite at Iron Man level yet, but for Gravity Industries, the sky's the limit.