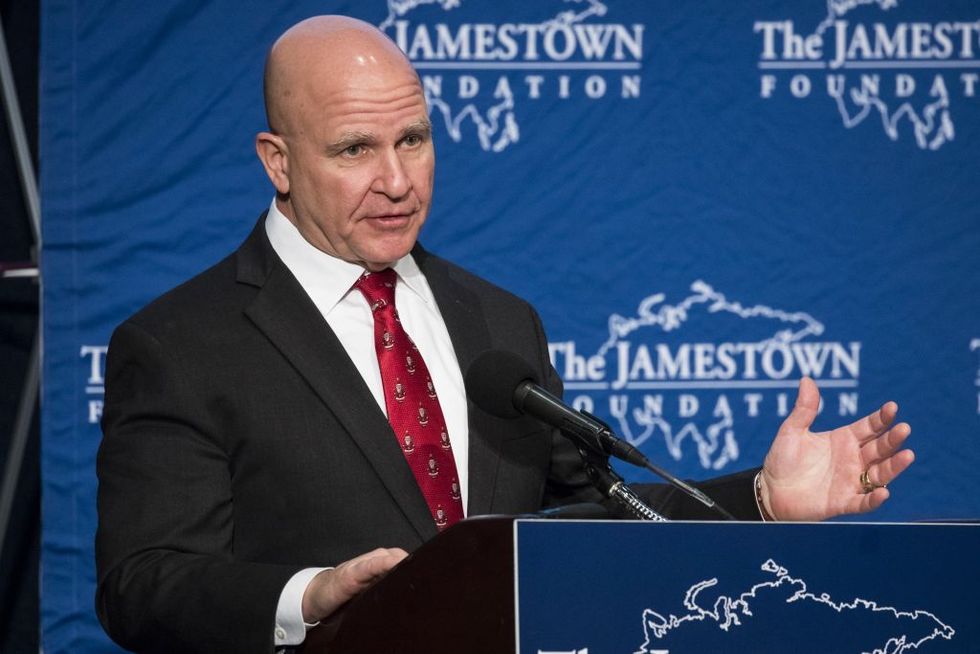 “We’ve seen that this is really a sophisticated effort to polarize democratic societies and pit communities within those societies against each other. You’ve seen actually initial signs of it in the Mexican presidential campaign already,” McMaster said in previously unreported remarks made during a December 15 address for the Jamestown Foundation.

McMaster issued his comments in response to a question about the “growing relationship” between Russia and China. He also referenced the Catalan independence referendum last year as another example of Russian interference:

For example with Russia we are concerned, increasingly concerned, with these sophisticated campaigns of subversion and disinformation and propaganda. The use of cyber tools to do that. As you see, this is really a sophisticated effort to polarize democratic societies and pit communities within those societies against each other and create crises of confidence and to undermine the strength within Europe.

The Kremlin has repeatedly denied accusations by U.S. intelligence officials and others of interfering in foreign elections, and requests for comment sent to McMaster’s office at the White House and the Russian government in Moscow were not immediately returned.

McMaster isn't the only official to raise his concerns. David Salvo at the German Marshall Fund of the United States, who has written about Russian attempts to influence politics in Latin America, says Russia "views Mexico as Washington’s 'near abroad' and wants revenge for U.S. interference in the post-Soviet space, Russia’s so-called 'sphere of influence.'"

Salvo goes on to note that "In September 2016, RT en Español began broadcasting 'La Batalla por Mexico' or “The Battle for Mexico,” a weekly video blog hosted by political activist John Ackerman," whose blog "appears to serve two main purposes: to frame the United States as an existential threat to Mexico and to convince Mexican voters to support Andres Manuel López Obrador, a leftist candidate who is rising in popularity by appealing to Mexican nationalism and anti-Trump sentiment"––like withdrawing Mexico from NAFTA.

Lopez Obrador, a two-time runner-up for the presidency, is running on an anti-corruption platform. Some analysts consider him a favorite of the Kremlin's, Reuters notes, given the "positive coverage he has received from government-funded media outlets like Sputnik and Russia Today."

Peña Nieto’s office and the Mexican foreign ministry did not immediately respond to a request for comment on McMaster’s statement.

Marco Cancino, head of Mexico City-based consultancy Inteligencia Publica, insisted there's no need to raise the alarm: After all, he points out, special counsel Robert Mueller's investigation into Russian interference is ongoing.

“The point is that Washington hasn’t provided any solid proof for this,” he said. “So far, it’s just speculation.”

Meanwhile, President Donald Trump's attempts to discredit Mueller's investigation continue to make national headlines. In tweets over the weekend, Trump called the investigation "a total hoax on the American public."